Which? represented by all-Monckton team in opt-out collective proceedings worth over £480m 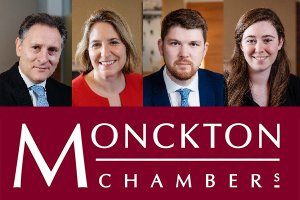 Which? today announced that it has launched opt-out collective proceedings, on behalf of millions of UK consumers, against US-based wireless telecoms company Qualcomm Incorporated. Which? is represented by an all-Monckton team of Jon Turner QC, Anneli Howard, Michael Armitage and Ciar McAndrew.

In summary, Which? alleges that Qualcomm abuses its dominant position on the relevant markets for the supply of chipsets used in smartphones and the licensing of associated standard essential patents, in order to force smartphone manufacturers across the industry to pay inflated “royalties” for Qualcomm’s technology. These royalties operate as an industry-wide tax which is passed on to final consumers.

Which? has applied to be authorised to act as the class representative on behalf of approximately 29 million UK consumers who have purchased qualifying Apple or Samsung smartphones since October 2015. The proposed class is estimated to have suffered losses totalling approximately £482.5 million.

The proposed collective proceedings have received extensive media coverage, including from the BBC, Sky News, City AM, the Mirror, the Daily Mail and inews.