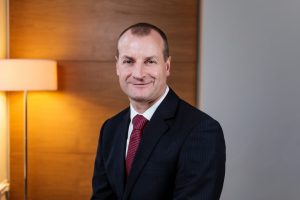 In a historic judgment delivered today, the Supreme Court has comprehensively upheld the decision of the Court of Appeal and in doing so has definitively set aside the original judgment of the Competition Appeal Tribunal (CAT). It has dismissed all of Mastercard’s efforts to stop the collective action proceeding. The Supreme Court has ruled that the CAT’s judgment contained errors of law and that the CAT mis-directed itself in how it applied the new legislative regime. Not only has the Supreme Court today conclusively set aside the refusal to permit the collective action, the judgment contains numerous finding in favour of Mr Merricks. Significantly, the Supreme Court has determined that the CAT should never have found that Mr Merricks would be unable at trial to have a reasonable prospect of showing that the class had suffered significant loss. The Supreme Court also ruled that whilst it may be difficult to work out how much damage Mastercard has caused to UK consumers, that is not a reason for a court to deny a trial to a class that has a reasonable prospect of showing that it has suffered loss. UK consumers can now look forward to finally receiving compensation for the losses created by Mastercard’s illegal actions.

This is the first mass consumer claim brought under the new collective action regime introduced by Parliament in the Consumer Rights Act 2015. The legislation was designed to enable collective actions to be brought by a class that has suffered loss as a result of competition law breaches.

Paul Harris QC, said: “This judgment represents a major step forward in the development of consumer protection law, just as Parliament intended. Acting on behalf of 46 million consumers in the UK’s biggest ever damages action, has, without doubt, been the biggest challenge of my career to date.”

You can also read here the detailed case note by Michael Armitage.