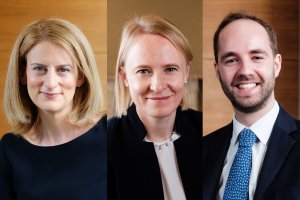 Ronit Kreisberger QC, Alison Berridge and Jack Williams have been instructed by the proposed class representative, Justin Le Patourel, in opt-out collective proceedings against BT for alleged excessive pricing in abuse of its dominance position in standalone landline telephone services. The proposed class representative proposes to represent over 2 million consumers and has an estimated value of up to £600m.

The opt-out collective procedure in the Competition Appeals Tribunal has recently been given a significant boost from applicants’ perspectives by the success of Mr Merricks in the Supreme Court, represented by Paul Harris QC.

The counsel team are instructed on behalf of the proposed class representative by Mischon de Reya’s Rob Murray and Natasha Pearman.

Related coverage about the collective proceedings can be found at: The Times, BBC, Mail Online, The Express, The Sun, CityAM, Bloomberg, Legal Week, Metro, Daily Mirror.