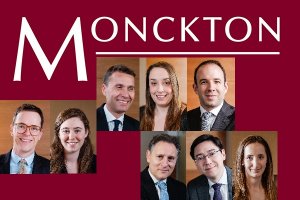 The Court of Appeal has handed down its judgment dismissing Royal Mail’s appeal against a decision of the Competition Appeal Tribunal which confirmed Ofcom’s earlier finding that Royal Mail abused its dominant position to exclude its competitor Whistl from the wholesale market for bulk mail delivery services. Ofcom imposed a fine of £50 million for that conduct (the highest fine ever imposed by Ofcom), which was upheld on appeal.

The Court of Appeal concluded that “Ofcom was not required as a matter of law to treat the AEC test [the as-efficient-competitor test relied upon by Royal Mail] as either determinative or highly relevant. In those circumstances Ofcom gave adequate consideration to the AEC test, and the Tribunal did not err in law in so concluding.”

All parties to the proceedings – Royal Mail, Ofcom and Whistl – were represented by leading and junior counsel from Monckton Chambers.

The Court of Appeal’s judgment is available here.