Court of Appeal: no apparent bias in award of contract to friends of Dominic Cummings 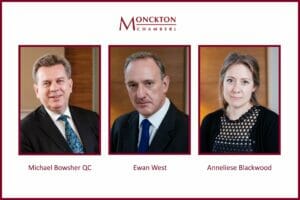 The Good Law Project’s claim challenged the award of a contract to Public First, a political consultancy run by friends of the Prime Minister’s former special adviser Dominic Cummings. The contract was awarded without competition at the height of the pandemic in early 2020, with Public First to provide urgent focus group testing of essential health messages and other Covid-related issues.

At first instance, O’Farrell J had dismissed two of the Claimant’s grounds, that the conditions for an emergency direct award without competition under Regulation 32(2)(c) of the Public Contracts Regulations 2015 were not met and that the contract length was disproportionate; but she held that the decision to award the contract to Public First did give rise to apparent bias contrary to principles of public law.

On appeal, the Minister challenged the judge’s conclusion that while the relationship between Mr Cummings and Public First did not itself give rise to apparent bias, the failure to keep a clear record of the objective criteria used to select Public First over other research agencies and the failure to undertake some form of comparative procurement exercise was nonetheless unlawful. GLP’s cross-appeal challenged the decision on the applicability of Regulation 32(2)(c), on the grounds that the award of the contract without competition was not strictly necessary.

Dismissing the cross-appeal, the Court of Appeal (Lord Burnett CJ, Coulson LJ and Carr LJ) agreed with the judge that the ‘strict necessity’ test was made out: neither the Government’s other arrangements with existing suppliers nor the duration and scope of contract indicated otherwise.

Upholding the Minister’s appeal, the Court agreed that there was a tension between the judge’s decision finding (a) that the emergency circumstances justified the award of a contract without competition and (b) holding that the Minister ought nevertheless to have produced evidence of objective criteria justifying the selection of Public First over other agencies and that the failure to consider any other agency for the contract would lead to the perception of bias. Where the circumstances justified an urgent direct award, the impartial and informed observer would not require the creation of a common law “procurement regime-light” in the absence of which he would think there was a real possibility of bias. Moreover, evidence from the Cabinet Office officials responsible for the contract as to the reasons why they had awarded it to Public First was relevant to the assessment of apparent bias, and the judge had also been wrong to reject the officials’ unchallenged evidence that no other firm was capable of delivering the contractual services.

This appellate decision is likely to be of considerable importance going forward, both to procurement specialists and public law practitioners more widely, and as much for the Court’s obiter comments as for its decisions on the issues subject to appeal.

Michael Bowsher QC, Ewan West, and Anneliese Blackwood (with Sir James Eadie QC) acted for the Minister for the Cabinet Office, instructed by the Treasury Solicitor. Alfred Artley was also instructed on the Minister’s behalf at an earlier stage in the proceedings.

The full judgment can be read here, a detailed case note by Harry Gillow is here. The case has already attracted significant media attention, including on the BBC, in The Guardian, Reuters, and elsewhere.