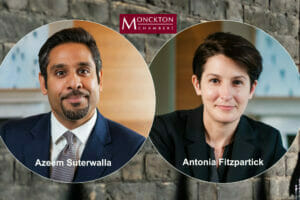 Azeem Suterwalla and Antonia Fitzpatrick, led by Sir James Eadie QC of Blackstone Chambers, have succeeded for the Secretary of State for Health and Social Care in defending a claim for judicial review of the Food (Promotion and Placement) Regulations 2021 brought by Kellogg. The Regulations are the cornerstone of the Government’s strategy to tackle childhood obesity. The Government’s National Child Measurement Programme shows that in 2020/2021, 25.5% of 10-11 year olds were obese.

The Regulations will come into effect (in part) on 1 October 2022. They will restrict where foods which are high in fat, sugar, and salt (“HFSS”) can be positioned in supermarkets and their online equivalents, so that placement (e.g. on an aisle-end or by a checkout) can no longer be used as a strategy to drive sales.

54.7% of Kellogg’s cereal sales are of HFSS products (e.g. Frosties, Crunchy Nut Cornflakes, and Krave), and it claimed that Regulations were unlawful on vires, irrationality, and human rights grounds (A1P1 and Article 10 ECHR).

In a judgment handed down this morning, Linden J dismissed Kellogg’s claim, holding: (1) that the Regulations’ enforcement regime, which provides that food authorities can issue “improvement notices” where there are reasonable grounds for believing that a business is failing to comply with the Regulations, was not ultra vires; (2) that the Regulations’ incorporation by reference of the Nutrient Profiling Technical Guidance (“NPTG”), which contains the Nutrient Profiling Model (“NPM”) by which products are scored as HFSS or non-HFSS, was not ultra vires; (3) that the Secretary of State had not acted irrationally in not considering whether the nutrient profile of breakfast cereals should be assessed without taking into account that they are typically consumed with milk, including in not considering a prior debate between manufacturers and experts in that regard that had happened in 2004-2009 during the development of the NPM/NPTG for television advertising purposes; and (4) that the assessment of the nutrient profile of breakfast cereals without adding milk did not disproportionately infringe Kellogg’s A1P1 or Article 10 rights and that there was no irrationality of outcome.

There has been wide media coverage of Kellogg’s position that the nutrient profile of its cereals should be assessed on an “as consumed” basis, specifically with semi-skimmed milk: BBC News, the Independent, the Telegraph, the Guardian. As to that argument, Linden J held [223] that “[t]he notion that the approach advocated by Kellogg measures the “actual health impact” of a breakfast cereal is… problematic. In fact, it does not confine the measurement to the health impact of the breakfast cereal itself; it measures the impact of the cereal combined with other products and seeks to take advantage of the fact that the other products are lower in fat, sugar and/or salt or contain other compensating nutrients”.

As to Kellogg’s evidence regarding its anticipated loss of profit, Linden J observed [233] that “the irony [of that evidence] was… that the adverse impact on Kellogg… directly correlates with what the Government is trying to achieve”, adding that Kellogg had not explained why it was “unable or unwilling” to reformulate its products to remove them from the new restrictions.

Azeem Suterwalla and Antonia Fitzpatrick (instructed by the Government Legal Department) for the Defendants.

The result has been reported in the media: BBC News.