To sit or not to sit? Reflections on exam grading in a Covid-19 world 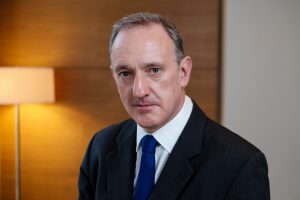 On 18 March 2020, the Prime Minister announced that school examinations, including GCSEs, A Levels, and AS Levels, would not take place this academic year. That announcement was followed by a Parliamentary Written Statement from the Secretary of State for Education on 23 March 2020 indicating the broad approach that would be taken in place of examinations, followed by more detailed guidance from Ofqual on 3 April 2020.

The basis upon which grades are to be awarded involves a two-stage process. At the first stage the “Head of Centre” (i.e. normally the headteacher) is required to produce an assessment of “the grade that each student is most likely to have achieved if they had sat their exams. This professional judgement is derived from evidence held within the centre and which has been reviewed by subject teachers and relevant heads of department” and a rank order for each student within each grade and each subject. That information is to be passed to the examination boards which “will use a statistical model to standardise grades across centres in each subject.” In reaching their assessments, Heads of Centre are required to provide a “holistic professional judgement, balancing the different sources of evidence” which will include (where available) records of performance over the period of study, performance on any non-exam assessment (even if not fully completed), performance on any homework or classwork assessments, performance in any mock examinations, and “any other relevant evidence”.

While the cancellation of examinations in May or June may have been inevitable given the current public health crisis, its replacement by this alternative method of assessment raises a number of issues. Not least, a pupil who has spent two or more years preparing for a qualification on the basis that (in many subjects) the sole and decisive determinant of his/her grade would be performance in examinations might be thought to have a legitimate expectation that would be the approach to be applied, not some quite different approach. That change has also taken place at a point when the ability of the pupil to adapt to the new approach is very severely constrained, not least given Ofqual’s stricture that “Where additional work has been completed after schools and colleges were closed on 20 March, Heads of Centre should exercise caution where that evidence suggests a change in performance.”

Although Ofqual has subsequently undertaken a consultation (which closed on 29 April 2020) on certain detailed aspects of the new arrangements relating to their implementation, that exercise did not include any consultation upon the most fundamental principle of its approach, namely that the award of grades for GCSE, A Levels, and AS Levels on the basis of examination performance should be replaced by a combination of holistic assessment and statistical adjustment. Ofqual did not seek views on what alternatives might been put in place, such as, for example, delaying examinations or, if a different assessment process were to be used, replacing the current grading scale with one which reflected the very different circumstances which now obtain.

It will be seen in due course how the results of that consultation exercise are taken into account, but one of the most striking proposals is that there should be no right of appeal save on the grounds that the centre made a data error when submitting its information or that the examination board made a mistake when calculating, assigning or communicating a grade. If those proposals are adopted, a pupil who does not receive the grade(s) that s/he might have expected had the planned examination taken place will apparently have limited redress through the appeal process. In particular, the proposed approach would appear to make much more difficult any challenge to one of the most important components in the assessment process, namely the “holistic professional judgement”.

One answer to the pupil who does not receive the grades s/he considered appropriate appears to be that an opportunity will be provided for examinations in the autumn, whose results will be given the same weight as those awarded in the summer. However, given that plans for exiting the current lockdown have yet to be announced, and may in any event need to change if there is another spike in the coronavirus pandemic, it remains to be seen how feasible that proposal will be.

Only time will tell how the proposed new approach will work out. However, given the enormous stakes which ride upon the grades awarded at GCSE, AS and A Level, it would not be surprising if in due course the lawfulness of the process, its application, and the results it produces were not subjected to more detailed scrutiny than has been the case so far.

A further blog on the outcome of the Ofqual consultation will follow in due course.