The latest judgment in the VAT and gaming machines litigation; Monckton barristers appear on both sides 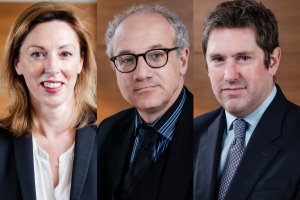 On 15 April 2020, the Upper Tribunal released its decision on appeals by HMRC in the cases of Done Bros and Rank. A copy is available here.

HMRC appealed against two decisions of the First-tier Tribunal (Tax Chamber) (“FTT”) relating to VAT in respect of supplies to retail customers of the ability to play various games of chance on gaming machines. The appeals concerned a common issue relating to the EU test of fiscal neutrality.

The Rank dispute concerned the VAT liability of gambling made using certain slot machines dating back to the period from 1 October 2002 to 5 December 2005. As the Upper Tribunal observed, the procedural history of the Rank claims has been long and tortuous, involving decisions of the VAT and Duties Tribunal, the FTT, Upper Tribunal, Supreme Court and Court of Justice of the EU.

The Done Bros dispute related to supplies of gambling by means of fixed odds betting terminals (“FOBTs”) during the period from 6 December 2005 to 31 January 2013.

In both cases, the taxpayer argued that UK legalisation breached the principle of fiscal neutrality because taxed supplies were sufficiently similar to exempt supplies. The FTT allowed the taxpayers’ appeals.

On appeal to the Upper Tribunal, HMRC’s position was that the FTT had erred in its approach to the evidence on the similarity of supplies, in particular in relation to the average consumer’s needs and characteristics.

The Upper rejected HMRC’s appeal, holding that the CJEU case law does not prescribe any particular methodology which must be adopted or evidence which must be available in making the determination of the needs and point of view of the average consumer.