The Government’s ‘no deal’ Brexit paper on mergers and antitrust 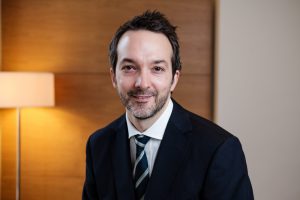 The Government has today published 28 new planning documents explaining what will happen in the event of a ‘no deal’ Brexit, including this one covering the merger and antitrust regimes.

Some of the key points are as follows:

The proposed change to s.60 CA98 arguably goes beyond what is strictly needed to cope with Brexit. One could have taken the view that domestic competition law should continue to develop in parallel with EU competition law in order to minimise the additional compliance costs that will result from the two regimes substantively diverging.  But this was presumably considered politically unpalatable.

Overall, though, the Government’s approach is to minimize the number of changes, consistent with its general approach under the Withdrawal Act, disappointing those who had advocated for more fundamental reform.  The reality is there is no legislative time for this at the moment; any wider reforms will need to wait until things have settled down after Brexit.

These ‘no deal’ proposals assume there will be no Withdrawal Agreement. If there is a deal (as hoped), there will be a transition period until 31 December 2020 during which everything will (more or less) remain as it is now.

If the Government and EU also manage to reach agreement over the terms of their future relationship, some of the proposals for a ‘no deal’ scenario will never be implemented.  Any longer-term deal will almost certainly put in place co-operation arrangements, for example in respect of mergers.

Further, a response paper published by the Government in March stated that “the Government may choose to commit some areas of our regulations, including competition and State aid, to remain in step with the EU’s”.   This raises the possibility that the UK might ultimately decide not to make any significant amendments to s.60 CA98 and the current regime governing follow-on damages claims.

Julian Gregory is a competition practitioner who assisted the Brexit Competition Law Working Group (including Jon Turner QC) with its report on the implications of Brexit for competition law.