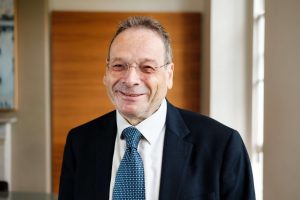 Steven Gee QC has joined Monckton Chambers. This marks a return to barristers’ chambers for this experienced commercial litigator, who has spent the last five years in independent practice as a QC and also a partner at boutique litigation law firm, Joseph Hage Aaronson (JHA). Prior to joining JHA, Steven Gee was Head of Stone Chambers.

Steven Gee QC’s practice covers a broad range of commercial litigation and arbitration, including agency agreements, distribution agreements, commercial contracts, joint ventures, partnership, sale of goods, insurance, reinsurance, misrepresentation and civil fraud, shipping, shipbuilding, company law, and banking.Steven also sits as a commercial arbitrator and has acted in numerous commercial arbitrations – including International Chamber of Commerce arbitrations – in the UK, Bermuda, New York, Paris and Geneva. He has appeared as counsel in the Supreme Court of the Republic of Ireland, the Cayman Islands, Bermuda, the Turks & Caicos Islands, and Antigua. He is a member of the New York Bar and is admitted to practise in the State and Federal Courts in New York and is a member of the Antigua Bar.

Steven is the author of “Commercial Injunctions” (published by Sweet & Maxwell, 6th edition).He is the Chairman of City of Westminster advisory panel on Children with Disabilities, and coaches the Tonbridge School Mooting Team.