Sportradar v. Football DataCo and Betgenius: approach to applications to transfer cases from the CAT to the High Court when private law counterclaims are raised 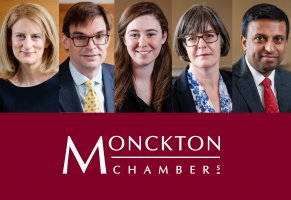 The Competition Appeal Tribunal handed down a Judgment today which clarifies the approach to applications to transfer cases from the CAT to the High Court when the defendants wish to bring counterclaims that are outside the CAT’s jurisdiction.

Sportradar brought a claim in the CAT alleging breach of Chapters I and II of the Competition Act 1998 and Arts. 101 and 102 TFEU arising from the grant by Football DataCo to Betgenius of a long term exclusive right to collect and collate data from football stadia for supply to bookmakers who offer live or “in-play” betting (e.g. which team or player will score next).

The defendants dispute the competition claims and also wish to bring counterclaims alleging (in particular) breach of confidence and unlawful means conspiracy against Sportradar and some of the individuals Sportradar uses to gather data from within stadiums. The defendants were not able to bring those counterclaims in the CAT because they are outside the scope of the CAT’s jurisdiction.

Sportradar prepared indicative defences to the counterclaims relying (in particular) on the competition law claim.

The defendants applied to transfer the case from the CAT to the High Court so that their counterclaims could be determined with the competition case.

The CAT (Roth P.) rejected the application. He viewed the proceedings as a whole, including the potential counterclaims and identified the principles to be applied at [46] in the light of the CA judgment in Sainsbury’s v. Mastercard [2018] EWCA Civ 1536 at [358] and [359].

Click here for the full judgment. You can also read here the detailed case note by Will Perry.