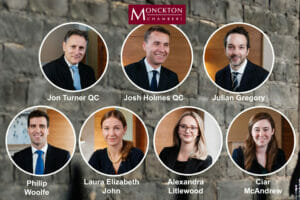 The High Court has ruled in favour of the NHS and against Servier, the French pharmaceutical giant, and its attempts to limit damages for serious infringements of competition law in the sale and supply of the widely prescribed blood pressure drug, perindopril (brand name Coversyl).

The 109-page judgment by Mr Justice Roth is a major victory for the NHS.

The case concerns actions between 2005 and 2007, in which Servier entered into “pay for delay” agreements with four generic drugmakers to stall competition for perindopril, and committed alleged abuses of a dominant position. These practices are estimated to have cost the NHS hundreds of millions of pounds.

Servier was found to have engaged in anticompetitive practices by the EU Commission, and the Commission’s decision was upheld in part by the General Court in 2018. The General Court found that the pharmaceutical company had committed a very serious breach of competition law, by agreeing with providers of generic alternatives to delay entering the market with less costly versions of the drug. The General Court did not find that there was a sufficient basis for a finding of dominance for the purposes of the abuse of dominance allegations, and this point is currently on appeal by the Commission to the European Court of Justice (just as the “pay for delay” issues are on appeal by Servier). In the NHS damages actions, the abuse of dominance claims are not pursued pending the outcome of the further appeal to the European Court of Justice.

The NHS claimants are seeking, as damages, the difference between the prices they paid and what the prices that they estimate they would have paid if the price had been determined under conditions of normal competition.

In the latest stage of this action Servier contended that damages to the NHS should be reduced because the NHS should have taken appropriate steps to avoid buying Servier’s product, by encouraging the use of cheaper alternatives, even though at the time Servier was actively promoting its drug to clinicians, including on the basis that it was different from those alternatives.

Mr Justice Roth in rejecting this argument, commented that “…a disinterested observer might find it surprising that such arguments would, or could, be advanced by a defendant found to have committed a very serious infringement of competition law”.

The final judgement in the European proceedings is anticipated later this year and a full trial to determine the level of damages due to the NHS will follow.