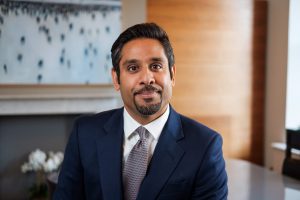 In a judgment handed down on 7 May 2020, the High Court (Foxton J) decided that it was ultra vires for a secondary school to enter into a contract for the construction and hire of a modular building and associated equipment. The key issue in School Facility Management Ltd v Governing Body of Christ the King College [2020] EWHC 1118 (Comm); [2020] 5 WLUK 65, was whether the school could resist claims for debts owed and damages under the contract, on the basis that that contract was ultra vires.

In 2013 the College, a voluntary aided school, entered into a contract with BOSHire, which put together together finance packages for customers who wished to acquire modular buildings, for the supply of a modular building, for a 15-year period. Subsequent assignments of the contract led to School Facility Management and GCP Asset Finance 1 Limited obtaining the rights to payments under the contract. All three entities were Claimants to the claim.

The College subsequently took possession of the modular building. The payments made under the contract led to a substantial increase in the level of the College’s deficit, leading to the College asking the local authority, the Isle of Wight Council, to allow it to increase its deficit. The College further asked for financial support from the Council, but in 2016 the Council served a formal Notice of Concern on the College concerning the College’s debt. In September 2017 the College defaulted on the contract, failing to make an annual payment which had fallen due. Following negotiations, in 2018 a letter was sent terminating the contract and informing the College that it was no longer permitted to use the modular building, and a claim was subsequently issued later that year, claiming debt and damages against the College under the contract.

The primary defence raised by the College, supported by the Council, was that the contract was in fact beyond its capacity and outside the authority of those who signed it. The College therefore argued that, as a matter of law, it could never have entered into the contract with the Claimants. Having reviewed a number of the seminal public law cases on what constitutes an error of law (including the decisions in Anisminic and Lumba v SSHD), and when a public law error can be relied upon either to found, or to answer, a private law claim (Wandsworth LBC v Winder), Foxton J described the issue in the case as: “whether any public law ground of challenge to a decision to contract suffices to render the contract void ab initio as a matter of private law, or whether only some grounds of public law unlawfulness have this effect” ([116]. The Judge carried out an extensive survey of the case law on this issue (spanning some twenty or so cases). He held that the authorities offered conflicting views on the issue and that it was necessary to return to first principles. Foxton J concluded (at [156]) that “public law invalidity and private law incapacity are not co-extensive” and that this could be derived from the fact that “the taking of an ultra vires point in private law proceedings is not subject to any of the procedural safeguards which apply in public law proceedings” (i.e. the obligation to bring a challenge promptly, that relief is discretionary and can be withheld on various grounds). The upshot was “that a contract will be void if a public body lacked power to enter into a contract of that type, in the same way as a contract entered into by a private statutory corporation would be void, absent (in each case) the effect of the saving legislation. In such a case, the public law lack of power provides the basis for the private law defence of lack of capacity.” This position was distinct from where a public body had power to enter into a contract, “but the exercise of that power is unlawful on public law grounds.” It such circumstances it would be necessary for the facts giving rise to the public law unlawfulness to provide a basis for impugning the contract recognised in private law.

Despite this magisterial survey of the law, ultimately Foxton J concluded that the contract was void ab initio, because it was a “finance lease”, which amounted to borrowing under the Education Act 2002, and that a condition precedent to “borrowing”, and therefore entering into the contract, was obtaining consent from the Secretary of State, which the College had not done. Therefore, the College’s defence – that it had no capacity to enter into the contract in the first place on the basis that entry into the contract was ultra vires in public law terms – succeeded. The Claimants’ various claims against the college, including claims of misrepresentation and misstatement, ultimately failed. Nevertheless, one of the Claimant’s claims for unjust enrichment against the College succeeded.

This judgment is useful in two key respects. First, it provides a useful and extensive overview of the role which public law may play in either bringing or defending private law proceedings. Foxton J’s analysis sets out the extent to which an ultra vires public law argument will and can inform whether or not a party, at private law, had capacity to enter into a contract. The Judge’s analysis seeks to resolve a number of tensions in various decisions at first instance and in the Court of Appeal and it will be interesting to see whether his decision will be appealed on this issue. And secondly, it is a salutary reminder of the importance of public bodies, including those in the education sector, as well as their counterparties, seeking to ensure that they comply with their public law obligations, prior to entering into a contract.