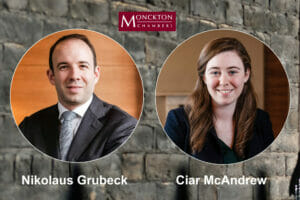 Nikolaus Grubeck and Ciar McAndrew are acting for Mr Johal, a British citizen from Dumbarton, in a claim that unlawful intelligence sharing by UK intelligence agencies caused or contributed to him facing arbitrary detention, torture and death penalty proceedings in India.

Mr Johal, a blogger who has been critical of human rights violations committed by the Indian Government against Sikhs and has attended protests in the UK in support of India’s Sikh community, was arrested while on his honeymoon in the Punjab in October 2017. Mr Johal claims that, following his arrest, he suffered torture including electrocution, beatings, sleep deprivation, and forced nudity. Video footage of a forced confession obtained under torture has been broadcast on Indian TV. He is currently in Tihar Jail, New Delhi. In May, he was formally charged with conspiracy to commit murder and being a member of a terrorist gang. The charges against him carry a maximum sentence of the death penalty.

The United Nations Working Group on Arbitrary Detention has confirmed the torture allegations and has found, amongst others, that the continued pretrial detention of Mr Johal lacks legal basis and is arbitrary, in breach of several international human rights instruments.

In a claim lodged in the High Court against the Foreign, Commonwealth and Development Office, the Home Office, and the Attorney General, Mr Johal seeks damages for breaches of the Data Protection Act 1998, assault and battery, negligence and misfeasance in public office (or equivalent causes of action under Indian law).

Nikolaus and Ciar (led by Richard Hermer QC) are instructed by Waleed Sheikh and Erin Alcock of Leigh Day Solicitors to represent Mr Johal in the High Court proceedings. You can read more in Leigh Day’s press release here.

The ongoing case has also been widely reported in media, including: