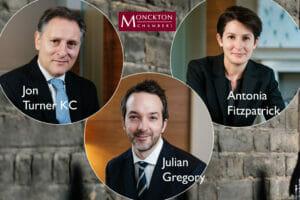 Following recent publicity regarding unlawful discharges of untreated sewage and wastewater into waterways like rivers, streams, and coastal waters, Jon Turner KC, Julian Gregory and Antonia Fitzpatrick are working to prepare opt-out collective proceedings claims to be brought in the CAT against water and sewerage companies in England.

As well as providing individual compensation and justice, opt-out proceedings act as a deterrent to future misconduct. As the Supreme Court stated in Merricks, such claims serve “efficiency and justice by ensuring that actual and potential wrongdoers modify their behaviour to take full account of the harm they are causing”.

Each water and sewerage company in England is a monopolist in its local area, and the claims will contend that certain systematic failures relating to sewerage discharges which resulted in increased charges to customers constitute a breach of their dominant position contrary to section 18 of the Competition Act 1998.

The claims will be the first UK collective proceedings claims with a strong environmental rationale and impact.

Professor Roberts, a water resource management specialist, is the proposed class representative, and Professor Hammond, who has been at the forefront of attempts to hold the water and sewerage companies to account for unlawful spills, is acting as a consultant.