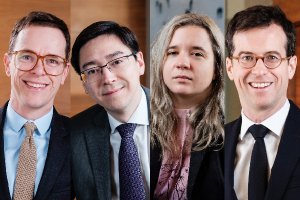 The case concerned the amounts of tax paid in Ireland by two Apple group companies, one of which was Apple Sales International (the company that sells Apple products worldwide outside the USA and therefore receives most of Apple’s worldwide revenues). Both of those companies were incorporated in Ireland and carried out some practical functions through people based in Ireland, but their profits were attributable mostly to their use of Apple group IP and global marketing strategies developed in Cupertino, California. Most of the companies’ directors were based in California, not Ireland, and were involved in developing, in California, Apple IP and global marketing strategies.

Irish tax law required the companies to pay tax in Ireland on the profits of their ‘Irish branches’, i.e. an amount of their profits attributable to their functions performed in Ireland, not on their total worldwide profits. The companies, believing they were complying with the law, ascertained their profits in Ireland using formulae which essentially captured amounts of profits that were attributable to the operations they actually carried out in Ireland. Those Irish operations were comprised of routine operational functions, not the development of Apple IP.

The companies therefore did not pay tax in Ireland on a majority of their profits, since their total profits were driven mainly by their use of Apple IP. That IP was developed not in Ireland but in California. The companies had the right to use the IP pursuant to ongoing cost sharing agreements (‘CSAs’) under which Apple group companies contributed to the costs of IP development on an ongoing basis, and had the right to use the IP. The CSAs were agreed on behalf of the companies by their directors in California, and not in Ireland.

Had the Commission’s primary case been upheld, then the amount of back-taxes Apple would have been required to pay in Ireland could have exceeded €13bn. This made the Apple case the highest value State aid case in history.

The Commission’s decision also advanced two other (effectively ‘fallback’) bases for finding Apple to have received State aid: the ‘secondary line’ and the ‘alternative line’. By the secondary line, the Commission found that the methodology used by the companies to calculate the profits of their Irish branches was inappropriate, and that a correct methodology would have led to more tax being paid in Ireland. By its alternative line, the Commission found that the Irish tax regime allowed too much discretion to the Irish tax authority in relation to approving methodologies for calculating profits of international companies’ Irish branches, and that this led to Apple receiving an advantage.

In relation to the Commission’s primary case, the Court found that there was no reason to attribute the companies’ rights to use Apple IP to their Irish branches. Given that neither the IP itself, nor the companies’ rights to use the IP, were attributable to any functions carried out in Ireland, it followed that the profits generated by the IP were not taxable in Ireland. The fact that the companies did not have employees outside Ireland did not show otherwise, since not everything that is done by companies which generates profits is done by employees.

The Court also found the secondary line and alternative line to be without sound evidential foundation. Even if the methodologies used by the companies, and approved by Ireland’s tax authority, were imperfect, this could not itself suffice to show that the companies received a selective advantage.