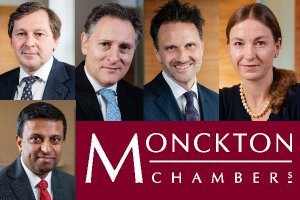 Following a four-day hearing in January of this year, on 17 June 2020 the Supreme Court gave judgment ([2020] UK SC 24, on appeal from the Court of Appeal [2018] EWCA Civ 1536) on appeals concerning the lawfulness of Mastercard and Visa’s ‘multilateral interchange fees’ or ‘MIFs’. Interchange fees pass from the banks that provide card services to merchants (acquiring banks) to the banks that issue cards to cardholders (issuing banks). They in turn make up the bulk of the fees that merchants have historically paid to take Visa and Mastercard cards.

There were five main issues:

First, the Supreme Court agreed with the merchants and the Court of Appeal that the schemes’ UK MIFs were materially indistinguishable from the MIFs that had been considered restrictive of competition by the CJEU in Case C-382/12 P Mastercard. The CJEU’s judgment was therefore binding. The Supreme Court also held that, irrespective of the binding nature of the CJEU’s ruling, the UK MIFs restricted competition as they had the effect of immunising the bulk of the fees paid by merchants to acquiring banks.

Second, the Supreme Court also dismissed the schemes’ argument that the standard of proof required by the Court of Appeal for an exemption was too high. The Supreme Court held that an assessment of alleged benefits accruing to consumers from MIFs depends on “issuer pass-through” (the extent to which issuing banks use MIF revenues to promote card use) and the absence of “always card transactions” (the extent to which cardholders would use their cards anyway). It was incumbent on the schemes to prove their case on exemption with “robust analysis and cogent empirical evidence”. The Supreme Court agreed with the Commission (which intervened in support of the merchants) that a test advanced by the schemes (the so-called ‘merchant indifference test’ or MIT) was not a “silver bullet” for obtaining exemption.

Third, the Supreme Court also dismissed Visa’s argument that for the purpose of deciding whether “consumers” received a fair share under the second condition for exemption, it was necessary in the context of a two-sided market to consider both merchants and cardholders together. The Supreme Court agreed with the merchants and the Court of Appeal that, since merchants suffered the anti-competitive harm of the MIF arrangements, if the merchants were not fully compensated for the harm inflicted on them, they would not receive a “fair” share of any resultant benefits.

Fourth, the Supreme Court also took the opportunity to clarify the law on pass-on. In the Sainsbury’s v MasterCard case the Competition Appeal Tribunal had held that the overcharge had not caused Sainsbury’s to raise prices which it charged its customers. There was a finding of zero pass-on. An appeal against this finding was not pursued on appeal. However, the nature of the pass-on defence remained a live issue in relation to other claims. The Supreme Court considered that the overcharge was prima facie the measure of damages and the legal burden rested with the schemes to prove pass-on. The Supreme Court agreed with the CAT that a retailer had four principal options in the way that they responded to the imposition of an increased cost: (i) suffer a reduction in profit (ii) reduce discretionary spend (iii) reduce its own input costs; and/or (iv) raise its prices. Consistently with the law on mitigation generally, options (iii) and (iv) would be taken into account in any pass-on analysis. The Supreme Court considered that the extent to which these options were employed in the cases before it could “only be a matter of estimation”. The law required no greater precision in the quantification of pass-on from the defendant than from a claimant seeking to quantify damages.

Click here and here for the judgment. Click here for Supreme Court summary. A detailed case note by Khatija Hafesji is here.