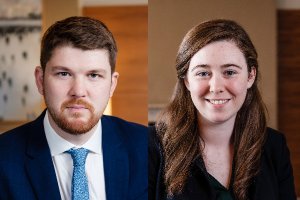 The decision of an NHS Clinical Commissioning Group (“CCG”) on a child’s eligibility for continuing care, and resulting care package, has been set aside by the High Court.

The Claimant is a young child with an inoperable brain tumour and a range of resulting health needs. He required a tracheostomy and overnight ventilation to help him breathe. He was initially found eligible for NHS continuing care and provided with a care package which included overnight supervision by a tracheostomy-trained carer.

Following a re-assessment, the CCG decided that the Claimant was ineligible for continuing care, and that his care package, including his overnight care, should be substantially reduced.

Following a 1.5-day virtual hearing, Mostyn J accepted that the CCG had reached its decision on the basis of irrelevant and inaccurate information. Mostyn J also found that, when the CCG became aware that the ventilation trial had failed, the decisions on eligibility and care package should have been reconsidered by a full decision-making panel. Mostyn J accordingly ordered that the CCG’s decision be set aside and a fresh reassessment conducted.

The Claimant also challenged the failure of Croydon LBC to undertake fresh child in need and parent carers’ assessments in light of the reduction in his care package. Those assessments were later provided following the issue of proceedings. Separate claims that the local authority had a power to provide the Claimant with a tracheostomy-trained carer, and that the Defendants had failed to comply with their statutory co-operation duties, were dismissed by Mostyn J.

As the first known reported challenge to a children’s continuing care decision, this case is likely to be of significant interest to practitioners in healthcare law. Mostyn J’s robust approach to the irrationality challenge, and his rejection of the contention that it would be inappropriate for the Court to interfere with the CCG’s decision in relation to matters involving the exercise of clinical judgment, will also be of interest to public lawyers more generally. The same is true of the Judge’s finding that the CCG’s internal appeal and complaints procedures did not constitute an effective alternative remedy to judicial review, given that neither process was capable of securing interim relief for the Claimant.