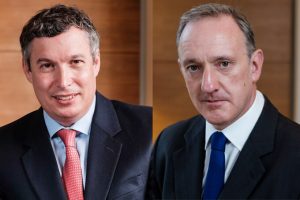 This is the first in a series of procurement law judicial review (JR) cases relating to Covid-19 brought by the Good Law Project (GLP) to have reached the judgment stage. The case concerned the (non)publication of contract award notices (CANs) within 30 days under regulation 50 Public Contracts Regulations 2015 (PCR) and of other contract notices and materials within 20 or 90 days under relevant transparency policies.

The judgment is noteworthy for findings on standing in procurement JRs, on the potentially binding nature of Government policy statements and on appropriate remedies. The Judge also made an important and novel ruling as to the High Court’s jurisdiction in relation to the recording and televising of video proceedings under the Coronavirus Act 2020.

The Claimants were the GLP and a group of MPs. They complained of “a conscious decision to de-prioritise compliance with regulation 50 and with the Transparency Policy and Principles” in relation to Covid-19 related procurement of goods and services by the DHSC since March 2020 and sought declaratory and mandatory relief. The breach of reg 50 (but not of the policies) was admitted by the DHSC, citing the extraordinary circumstances of the pandemic. Any “de-prioritisation policy” was denied. The DHSC also argued that neither the GLP nor the MPs had standing.

On standing, the Court held that the GLP had standing on the facts of the case but that the four MP Claimants did not. On the GLP, the Court followed and restated the test for standing in procurement law JRs in Chandler [2009] EWCA Civ 1011 and found that an organisation such as the GLP had standing because a challenge alleging breach of the publication obligation of reg 50 and associated policies was not one that an economic operator could realistically be relied upon to bring in Part 7 proceedings under the PCR. The MPs did not have standing however, since where there is already a claimant with standing, there is no reason for standing for additional parties, applying Jones [2020] 1 WLR 519.

On the substance, the Court found that there was no “de-prioritisation policy” as alleged. In addition to the admitted breach of reg 50, the Court also found a breach of the publication policy, on the basis of its precise terms, according to specific dates. Hence the DHSC had a common law duty to comply with it, absent good reason to depart from it, which departure would however have to have been done contemporaneously, not ex post facto.

On relief, the Court refused mandatory relief in circumstances where the position on publication at the date of the hearing had moved close to complete compliance. It granted declaratory relief on the breaches found.

In a postscript the Judge explained his refusal to give permission for a television production company to record and re-broadcast the proceedings, which the Claimants had applied for. Section 41 of the Criminal Justice Act 1925 imposes a general prohibition on photography in court which extends to video recordings: Loveridge [2001] EWCA Crim 973. No exception applies to Administrative Court proceedings and this had not been altered by ss. 85A and 85B of the Coronavirus Act 2020 on “proceedings conducted wholly as video proceedings”. There is accordingly no power to permit proceedings in the Administrative Court to be recorded for the purposes of broadcast, even when the proceedings are conducted wholly as video proceedings.

Philip Moser QC and Ewan West of Monckton Chambers acted for the Secretary of State.