Ian Wise QC is The Lawyer’s Barrister of the Week 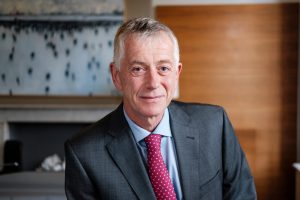 The Lawyer has selected Ian Wise QC as “Barrister of the Week” for his recent landmark human rights case involving a vulnerable five-year-old boy, Mathew Richards. Ian, leading Monckton’s Michael Armitage and Will Perry, succeeded in showing that the Environment Agency is not discharging its statutory duty under s. 6 of the Human Rights Act 1998 to protect the boy’s right to life and right to respect for private and family life (under Articles 2 and 8 respectively of the European Convention on Human Rights) in its regulation of harmful hydrogen sulphide emissions from the Walleys Quarry Landfill Site in the Staffordshire village of Silverdale. See Monckton website news 16 September 2021.

The Lawyer article leads with Ian’s own words, stating he does “people cases, not money cases,” working predominantly for claimants against public bodies and visited the House of Lords and Supreme Court on 14 occasions.

But this was not just a people case, it was people Ian knew and this only added to the urgency. “If there was ever a case that required sleeves to be rolled up and burn the midnight oil, then this was the case. I certainly felt an additional imperative to get it right,” he tells The Lawyer.

Although successful, it is recognised that the fight is far from over, as it is still to be seen as to whether the Environment Agency complies with its obligations. If not, Wise will be ready. “We won’t be leaving any stone unturned to ensure that this judgment is enforced,” he said.

The Lawyer concludes with Ian using the case example to promote both the Judicial Review process and the Human Rights Act, as crucial tools to protect people’s rights and challenge the interests of public bodies. It is also a case in point to highlight that underlying Ian’s “entire practice is an instinctive sense of right and wrong.”

“Barrister of the Week” is selected by The Lawyer’s Litigation Tracker team. Subscribers can read the full article here.