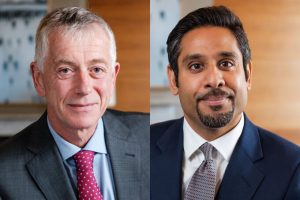 In a judgment handed down on 13 July 2018, the High Court (Supperstone J) decided that a 10 year residence requirement imposed by the London Borough of Hillingdon in its allocation policy for the provision of social housing was indirectly discriminatory, on the grounds of race, and therefore unlawful.

The case was brought by three Claimants, TW, SW and EM, all of whom are Irish Travellers, and currently living in temporary accommodation in Hillingdon. TW is a woman, lone parent, who cares for SW her two year-old daughter. EM cannot work on the grounds of disability as a full-time carer for his three disabled children.

The Claimants challenged Hillingdon’s Social Housing Allocation Policy, which contained a condition that only households with at least 10 years’ continuous residence in-borough qualified to join the upper welfare-based bands of the housing register – and therefore were much more likely to obtain housing – as well as the additional preference given to such households who were already in the upper bands. The Claimants claimed that as, Irish Travellers, it was much harder to satisfy a lengthy residence requirement, as, due to their race, they had spent many years living a nomadic existence.

In finding for the Claimants, Supperstone J held that the residence requirement was indirectly discriminatory, on grounds of race, especially a requirement as long as ten years. It was almost certain to have a significant and adverse impact on Irish Travellers. However, the Council could not justify the provision. Noting that racial discrimination was a particularly invidious kind of discrimination, and the courts would carefully examine the reasons offered for any discrimination on grounds of race, Supperstone J commented that “The real problem for the Council in attempting to justify the ten years’ qualification and uplift is the paucity and inadequacy of their evidence.” The Judge was “firmly of the view” that the Council’s evidence failed to justify the impact of the ten-year residential qualification and uplift.

Furthermore, the Judge found that the Council’s introduction and maintenance of the residence qualification and uplift gave rise to a breach of s. 11(2) of the Children Act 2004, which requires local authorities to make arrangements for ensuring that their functions are discharged having regard to the need to safeguard and promote the welfare of children. The Judge held that the Council were not in a position to demonstrate, by reference to written contemporaneous records, the process of reasoning by which they had reached their decision in relation to the impact of the residency qualification and uplift on children. Supperstone J rejected the Council’s case that compliance with s. 11 was evidence from the scheme itself.

The Claimants also challenged an uplift under the Allocation Scheme for working households. Supperstone J held that this uplift was indirectly discriminatory but concluded that this provision had been justified by the Council.

The Claimants were represented by Ian Wise QC and Azeem Suterwalla of Monckton Chambers. They were instructed by Rebekah Carrier of Hopkin Murray Beskine.