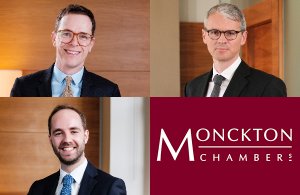 The Claim concerned HMRC’s and the Treasury’s decision to abolish two long-standing VAT schemes, namely HMRC’s extra-statutory concession (“the ESC”), which allowed VAT-free airside sales of goods to passengers travelling outside the EU; and the VAT Retail Export Scheme (the “VAT RES”), which allowed refunds of VAT on landside sales of goods to non-EU travellers subject to certain conditions being met (together, “the Schemes”).

In deciding to abolish the Schemes, HMRC and the Treasury relied upon their understanding of the UK’s WTO law obligations, in particular the Most Favoured Nation (“MFN”) principle. The decision was partly based on a justification that it was necessary either to abolish the VAT RES or to extend it globally, else it would not be compliant with non-discrimination obligations in WTO law.

Lord Justice Green and Mrs Justice Whipple (sitting as both the Court of Appeal and Divisional Court) dismissed Heathrow’s appeal and application for judicial review. However, in doing so, they rejected the Defendants’ contention that the matter was non-justiciable, and made findings as to the appropriate test and standard of review when considering questions of public international law in domestic judicial review proceedings. The judgment’s findings and reasoning will be of great interest to all public law practitioners, but are especially important in a post-Brexit world where public authorities choose to take into account WTO law and other public international law instruments into account in their decision-making. See, in particular, [135] – [183] of the Judgment.

The Judgment also provides a detailed exploration of the interaction between UK-EU Trade and Co-operation Agreement (“the TCA”) and the EU (Future Relationship) Act 2020, which will be of broader application and interest: see, for example, [224] – [239].