Aspects of post Brexit regulation in the Aviation sector

DFE presentation 6 April 2017: Aspects of post Brexit regulation in the Aviation sector: The last scene that ends this strange and eventful history 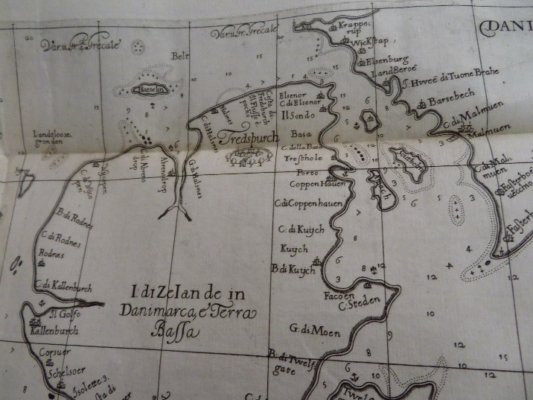 (Florentine map of Denmark from an early 17th century atlas in the Fellows’ Library – with thanks to the Principal and Fellows of Jesus College , Oxford)

The issues raised by this presentation may help to illustrate aspects of the Brexit endgame. “The last scene that ends this strange and eventful history”

1. Context: How important is the Aviation sector to the UK and the EU?

This presentation assists in understanding the rules governing the EU Aviation Single Market; in the light of that understanding, it notes what UK air carriers stand to lose if no agreement is reached at UK/EU level; and it identifies practical considerations for lawyers to address. The points raised are illustrative, not comprehensive.

The UK Prime Minister has signalled the importance of an ambitious free trade deal covering the Financial Services industry and the EU’s network industries, including transport. They were, she said, crucial “to our linked economies”.

Context on the contribution that air transport makes to the economies of the UK and the EU:

2. Summary of coverage of this presentation:

a) The strategic air transport vision within the EU:

b)  The rules on safety – an interface between domestic law, EU Law and International Law

c)  An  Institutional snapshot:  the future  role of an EU agency in the safety field;

d)  The rules on security- another interface between domestic law, EU Law and International Lawe) The Futuroscope : beyond the Great Repeal Bill : the Denied Boarding Regulation

This presentation is not a discussion of many other matters that arise in a post Brexit aviation context, eg:

3. The strategic vision : access to the liberalised aviation single market in the EU

The EU principle of freedom of access means that every Community air carrier is entitled to operate any intra Community air services. Access to this market is permitted by a system of licensing and certification.

a) Revival of dormant bilateral air services agreements between the Member States and the UK to fill any  gap in a post-Brexit  future?

b) Moving the principal place of business of UK carriers to one of the other 27 Member States?

c) Post Brexit day, the probability is that there will be continuing technical compliance with EU rules by UK carriers . So how might the framework for access to the Aviation Single Market be adjusted if, politically, the 27 wished it, eg, in the transitional agreement, deeming a UK air carrier to be a Community air carrier or providing  a UK air carrier with access to the Aviation Single Market? Politically, would the former be acceptable to the UK Government?

d) Joining the European Common Aviation Area? But that too would mean compliance with Single Market rules.

e) If an EU/UK deal is agreed, UK compliance with the EU rules will rely on the way that the EU acquis is incorporated  into UK national law. Across all areas of regulation, Danish lawyers would be wise to keep under scrutiny  the progress of the Great Repeal Bill . Remember that the Commission will no longer have a role.

5. The future role of an EU agency – the European Aviation Safety Agency

a) On Brexit day, UK air carriers are likely to be in technical compliance with EU safety rules.

b) Dormant bilateral air services agreements will need to be examined to check relevant coverage..

c) Strict position is that, absent an EU/UK agreement,  certificates of safety issued by the UK CAA would cease to be valid in the Single Market on Brexit-day. Without valid safety certificates, an air operator certificate could not be issued to a UK based air carrier which seeks access to the Aviation Single Market. Equally if there is no agreement at the EU/UK level , the UK could refuse to recognise EU carriers’ safety certificates. But that would be wholly implausible;

d) The biggest headache would be for the UK to replicate the role of EASA, not least in connection with its type approval functions.

a) Aviation security should not become a pawn in a negotiating game;

b) Some countries have a greater security risk profile. The UK is one. If the UK imposes more stringent measures, they are capable of undermining airline schedules and adding to cost burdens.

7. The Futuroscope: what EU rules might the UK Parliament decide to revoke or amend in a post Brexit phase? Illustrative case: Denied Boarding Regulation

Key practical points to be considered

a) Aspects of the Regulation are an obvious target for subsequent amendment in a deregulatory policy environment in a post-Brexit UK. Yet deregulatory measures, if out of step with the EU rules, would result in a competitive advantage for UK carriers if they had continued to enjoy access to the EU Aviation Single Market. The EU’s negotiating guidelines make clear that, if a transitional agreement is reached, existing EU regulatory rules would have to continue to apply.

8. How ends “this strange and eventful history” ?

“……Last scene of all

Sans teeth, sans eyes, sans everything” (As you like it).