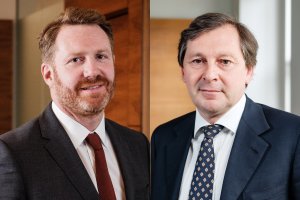 In a further judgment in the Phenytoin litigation, the Court of Appeal has today ruled on the approach to costs in successful Competition Act Appeals (see CMA v Flynn Pharma Ltd [2020] EWCA Civ 167). The Court ruled that where a Competition Act appeal succeeds, the starting point is that the CAT should not award costs against the CMA and in favour of a successful appellant. That starting point may be departed from for good reason, such as financial hardship or where the CMA has acted unreasonably.

The judgment overturns an established line of CAT authority including GISC, the Racecourse case and Eden Brown, as well as Phenytoin itself, in which it had been held that the starting point in Competition Act appeals is that costs follow the event. The effect of the Judgment is that the CAT’s costs order in favour of Pfizer and Flynn (the successful appellants in the CAT) was quashed and replaced with no order as to the costs of the substantive proceedings before the CAT.

The Court of Appeal considered its 2018 judgment in relation to Communications Act appeals, BT v Ofcom [2018] EWCA Civ 2542. The Court held that BT v Ofcom and the preceding authorities established the starting point or default position that no order for costs should be made against a regulator who has brought or defended proceedings in the CAT acting purely in its regulatory capacity. The Court further held that the reasons given by the CAT for taking a different approach in Competition Act appeals were inadequate.

The Court is yet to rule on an application by the Respondents to the Appeal, Pfizer and Flynn, for permission to appeal to the Supreme Court.

The judgment is found here.

Rob Williams QC acted for the CMA, instructed by The Competition and Markets Authority.