Court of Appeal restores £1.4 billion claim in an important judgment on jurisdiction 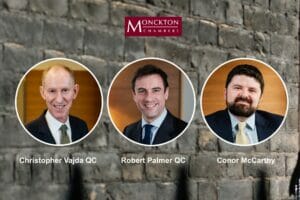 On 25 February 2022, the Court of Appeal (Sir Julian Flaux, Chancellor of the High Court, Phillips and Stuart-Smith LJJ) handed down judgment in the case of SKAT v Solo Capital Partners [2022] EWCA Civ 234, a case raising important issues on jurisdiction.

The Claimant is the Danish tax and customs administration (SKAT). It alleges that it was the victim of a tax fraud by various businesses, investors and individuals in the  period between 2012 and 2015. It brings claims in London against these individuals totalling around £1.4 billion.

The preliminary issue before the Court of Appeal was whether SKAT’s claims were barred by application of the Common Law rule against the enforcement of acts of foreign public law. This is set out in Rule 3(1) of Dicey, Morris & Collins on the Conflict of Laws, 15th ed “English courts have no jurisdiction to entertain an action … for the enforcement, either directly or indirectly, of a penal, revenue or other public law of a foreign State”. A closely analogous issue arose under Article 1(1) of Brussels I (recast) regulation on the jurisdiction and the recognition and enforcement of judgments. The question arose as to whether SKAT’s claim fell outside the scope of the regulation which does not extend to “revenue, customs or administrative matters or to the liability of the State for acts and omissions in the exercise of State authority (acta iure imperii)”.

The Court of Appeal found that SKAT’s claims (as alleged) were admissible before the English court, on the basis that the claims were not for unpaid tax but to recover monies which had been abstracted from SKAT’s general funds by fraud. The sovereign act principle was therefore inapplicable. On this basis, SKAT’s claims were found to fall outside the scope of the Common Law Revenue Rule as against all Defendants, and should proceed to trial.

However, SKAT had not challenged the trial judge’s finding that the case against one group of defendants (the “ED & F Man” defendants) fell within the scope of the Revenue Rule. The court therefore found that by parity of reasoning the claim against ED & F Man must also fall outside the scope of the Brussels Regulation, rejecting SKAT’s argument that the claim was a “civil or commercial” matter within the meaning of the Brussels Regulation, and that this precluded reliance on the Common Law Revenue Rule. The claim against ED & F Man was therefore barred from proceeding in the English courts.

The Court of Appeal’s judgment sheds further light on the scope of the prohibition at Common Law on the enforcement of foreign public law and will be of significance in any further cases raising such issues.

Robert Palmer QC, Christopher Vajda QC and Conor McCarthy, instructed by Simons Muirhead Burton, acted for one group of defendants in the proceedings. Their submissions on the effect of the Brussels Regulation were upheld by the Court of Appeal.