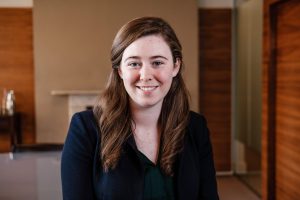 The Secretary of State for Education and Ofqual have today announced that A-Level and GCSE students unable to sit their exams due to Covid-19 will be awarded their teacher-predicted grades, rather than grades calculated in accordance with a standardisation algorithm developed by Ofqual.

The algorithm had been used by Ofqual to bring thousands of students’ predicted grades into line with the grades historically achieved by students at their school. In practice, this operated to pull down the results of high-achieving students whose schools had no history of achieving high grades. The standardisation effect was disproportionately felt by state school students in large classes: for cohorts of 5 students or less, the standardisation process was disapplied and students were awarded their teacher-predicted grades, giving a boost to the results of students from the independent sector.

Curtis Parfitt-Ford, an 18-year-old A-Level student, sought to challenge the algorithm after it emerged that around 40% of students had seen their predicted marks downgraded following standardisation. In pre-action correspondence sent to Ofqual on 14 August 2020, Mr Parfitt’s representatives argued that use of the algorithm was contrary to Ofcom’s statutory objectives and produced irrational, arbitrary and unfair results. They also proposed to challenge the algorithm on the basis that it breached data protection rules, including those relating to profiling, automated decision-making and algorithmic bias.

At 4pm today, the Secretary of State and Ofqual confirmed that students would be awarded the higher of their teacher-predicted and algorithm-generated grades. The statement from the Chair of Ofqual can be found
here.

The proposed claim has received extensive press coverage, including from the Guardian, the Times and the BBC. It represents the second time in as many weeks that a public body’s use of a decision-making algorithm has been in the spotlight: Nikolaus Grubeck and Ciar McAndrew recently acted for the Joint Council for the Welfare of Immigrants in a judicial review claim which secured the suspension of a visa streaming algorithm used by the Home Office.

Ciar McAndrew acted for Curtis Parfitt-Ford, led by Estelle Dehon of Cornerstone Barristers and David Wolfe QC of Matrix Chambers. They were instructed by Rosa Curling of Leigh Day.

Curtis Parfitt-Ford was supported by Foxglove, a non-profit organisation which focuses on the fair use of technology. The pre-action correspondence can be found on Foxglove’s website.