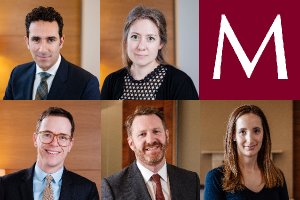 The Competition Appeal Tribunal has delivered an important judgment on the implications of the Supreme Court’s decision in the interchange fee litigation for other competition damages claims (Sainsbury’s v Visa Europe [2020] UKSC 24).

Royal Mail and BT are seeking damages from DAF arising from the European Commission’s 2016 infringement decision relating to Trucks. Their claims are the first of several to be set down for trial, with the trial due to commence in April 2022. Following the Supreme Court’s decision in Sainsbury’s, which considered issues of pass-on and mitigation, DAF applied to introduce a mitigation defence, arguing that the Claimants would have mitigated any overcharge arising from the infringement by negotiating costs reductions with their other suppliers. The Claimants opposed the application and, following a two day hearing in March, the Tribunal rejected it in a judgment issued this week.

The Tribunal held, in summary, that the Supreme Court’s decision does not permit a defendant to plead a defence of mitigation on the basis of broad economic theory alone (e.g. that a business faced with increased supply costs in one area will seek to compensate for that increase by reducing other costs). Rather, there must be some plausible factual basis for alleging that the claimant would have taken action to reduce its losses as a result of the overcharge. The Tribunal noted the evidential burden which would otherwise be imposed on claimants to demonstrate how they conducted their businesses, not only in in competition claims but in many commercial damages claims. The Tribunal acknowledged that a defendant is unlikely to have sufficient evidence available at the pleading stage to prove what the claimant did in response to the overcharge, but explained that it must nevertheless have some plausible factual foundation for the application of the economic theory relied on in order for the pleading to be permitted. Examples of the sort of points which could support a prima facie inference that other supply costs may well have been mitigated were given in paragraph 42 of the judgment. As a practical matter, the Tribunal noted that DAF could reapply for permission to introduce a mitigation plea once it had reviewed the Claimants’ disclosure.

The Tribunal’s judgment provides important guidance on the requirements for a pleading of mitigation. It will be of keen interest to competition practitioners and commercial practitioners more generally.

A copy of the judgment in here.