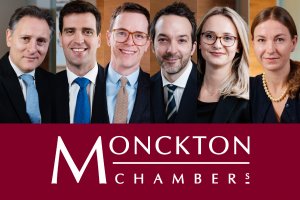 The Supreme Court today confirmed the scope of the res iudicata principle in EU law, holding that findings of fact made in an EU General Court judgment in the course of a judgment annulling a finding of breach of Article 102 TFEU were not binding on a UK Court assessing the damages payable for a breach of Article 101 TFEU.

Servier, a French pharmaceutical company, was found by the European Commission to have infringed competition law in relation to the supply of Perindopril, a blood pressure drug. The Commission found that Servier had breached Article 101 TFEU by entering into ‘pay for delay’ agreements, under which generic companies agreed not to enter the market for supplying Perindopril. The Commission also found that Servier had breached Article 102 TFEU both by entering into those agreements, and by acquiring certain technology for the production of Perindopril. On appeal in Europe, the General Court upheld the Commission decision in relation to Article 101 TFEU, but annulled it in respect of Article 102 TFEU on the basis that the Commission had erred in defining the relevant market, and therefore in its assessment that Servier was in a dominant position. Both the Commission and Servier have appealed against the General Court judgment and those appeals remain pending before the CJEU.

In a damages action brought before the English High Court, in which the respective health authorities of England, Wales, Scotland and Northern Ireland are seeking to recover compensation for Servier’s anti-competitive behaviour, Servier have pleaded that the health authorities have failed to mitigate their loss, or have negligently contributed to their loss in that they failed to encourage prescribers to prescribe alternative substitutable blood pressure drugs instead of perindopril. In that context, Servier sought to rely on findings made by the General Court about how substitutable other drugs were with perindopril. Servier contended that those findings were binding as a matter of EU law and that it was an abuse of process for the health authorities to dispute them. The High Court rejected both arguments, but granted permission to appeal on the EU law point. The Court of Appeal likewise rejected the EU law argument, but Servier obtained permission from the Supreme Court to argue that a reference should be made to the CJEU.

Today the Supreme Court found as a matter of procedure that a reference could not be made while the General Court judgment remained subject to appeal. Further, as a matter of substance, the General Court’s findings were not binding in the context in which Servier sought to rely on them. The Supreme Court held that Servier was seeking to borrow findings of fact from an annulling judgment made in the context of abuse of dominance under Article 102 TFEU and to deploy them in the entirely different context of mitigation of loss, which had nothing to do with Article 102 or with the consequences of the annulling judgment. The EU law principle of res iudicata does not bite in those circumstances.

The full judgment is here. A detailed case note by Khatija Hafesji is here.