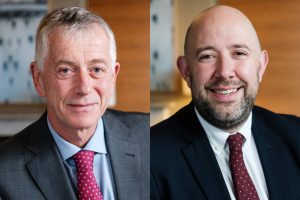 Wiltshire Council has withdrawn its proposals which may have led to the closure of two special schools, after permission to apply for judicial review was granted by the High Court in relation to the proposals. The Claimants, being groups supporting the two schools, were represented by Ian Wise QC (at the permission hearing) and Steve Broach (in their written arguments), working with Tom Tabori of 39 Essex Chambers and instructed by Keith Lomax of Watkins solicitors (whose news story is here).

The proposals would have seen the replacement of Larkrise school in Trowbridge and St Nicholas school in  Chippenham with a new school in Rowdeford, on the site of a third existing school. Parents of children at Larkrise and St Nicholas raised concerns about their children having to travel outside of their home communities to attend school. Those objecting considered that the proposals would have involved the replacement of three smaller schools with good access and links with their local communities with a large ‘mega-school’.

The proposals were challenged on grounds including the absence of lawful consultation and breach of the public sector equality duty. After permission was granted on these grounds, Wiltshire Council elected to withdraw the proposals and extend consultation prior to taking a new decision.

Wiltshire Council’s news story is available here. The Council states that ‘In order to foster good working relationships with families, prevent further delay and to conserve public money and cost for both parties, the council has now agreed a new way forward. Wiltshire Council has agreed to withdraw the decision to approve a statutory notice about the closure of three special schools (Larkrise, Rowdeford and St Nicholas), and the related notice regarding the opening of a new special school in Rowdeford. Wiltshire Council will now treat all previous consultation and responses that took place between 9 January 2019 and 1 March 2019 as part of a pre-publication consultation.  This means they are treated as part of an initial consultation on what proposals should be published for further consideration.  This is a process with a number of steps, and the council is re-opening the first stage.  The council will reach a decision about the next steps after the end of the extended consultation period.’

The BBC news story on the case is available here.