Will Hooper successfully represents claimant in battle over $44m Ferrari 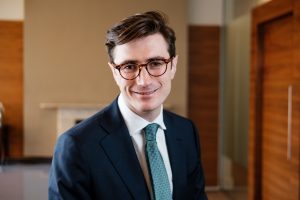 In the widely reported case of Fisken v Carl, the High Court has today found that the defendant seller of one of the world’s most expensive cars, a $44m Ferrari 250 GTO Series 1 coupé, was acting in breach of contract in failing to deliver the GTO’s original gearbox to the claimant buyers.

The case concerned a contract for the sale of the GTO. It was known at the time of the contract that the GTO was missing its original gearbox. When it transpired that the gearbox had been found, the claimant buyers sought its delivery from the defendant seller. The defendant denied that the claimant buyers had title to sue on the contract and that in any event he was entitled to a fee in the sum of $500,000 should he be compelled to deliver the gearbox.

In finding that the claimant buyers were a party to the contract, the judgment analyses a series of authorities dating back to the mid-nineteenth century concerning the circumstances where a party who signs a contract in an unqualified manner is entitled to sue on that contract, notwithstanding how he might be described elsewhere in the document, and applies the decision of the Court of Appeal in The Elikon [2003] EWCA Civ 812; [2003] 2 All ER (Comm) 760. Further, the court found that, while there may be certain instances where the defendant seller was entitled to a fee for retrieving and delivering the gearbox, they were not present in the circumstances of the case; and that consideration had already been paid for the gearbox, as included in the price of the GTO.

The court recognised that the defendant seller was wrongly withholding the gearbox and considered the case an appropriate one for specific performance to compel him to secure its delivery to the claimant.

The judgment is found here and a detailed case note by Kristina Lukacova is here.

Will Hooper acted for the claimant, Gregor Fisken Limited, instructed by Simon Walton at Rosenblatt Limited.

The case attracted much media attention in December 2019: The Telegraph; The Daily Mail; Evening Standard; The Sunday Times; The Times.