Victory for capped pensioners represented by Gerry Facenna QC and James Bourke: Pensions Act compensation cap is unlawful and must be disapplied. 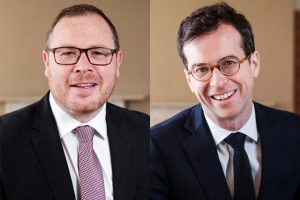 In a judgment handed down today, the High Court (Mr Justice Lewis) has found that the statutory cap on pension compensation under the Pensions Act 2004 must be disapplied because it involves unlawful age discrimination contrary to EU law and the ECHR. The judgment also finds that the Pension Protection Fund (“PPF”) failed to give proper effect to the 2018 judgment of the EU Court of Justice in Hampshire (see previous news item).

The CJEU’s judgment in Hampshire confirmed that every employee or former employee must receive at least 50% of their accrued pension entitlements in the event of their employer’s insolvency. It followed that restrictions on the compensation payable to employees of insolvent companies under the Pensions Act 2004 were contrary to EU law in so far as they resulted in some pensioners receiving less than half of the pension they had earned during their employment.

In late 2018, the PPF, which is the industry-funded “lifeboat” responsible for insolvent schemes, announced the steps it would take to comply with the Hampshire judgment. Its approach was then challenged by a number of former employees of two insolvent companies (engineering firm Turner & Newall and insurance broker Heath Lambert) and by the British Airline Pilots Association on behalf of former pilots from Monarch Airlines and BMI.

The claim succeeded on two grounds.

First, Mr Justice Lewis found that the cap on compensation in the 2004 Act involves unlawful age discrimination. While the cap introduced in 2004 had the legitimate aims of addressing “moral hazard” and cost, it was not an appropriate means of achieving those aims. The Judge found that this was one of the “rare cases” where the court should hold that a conscious decision by Parliament in an area of economic and social policy was not appropriate. The compensation cap therefore had to be disapplied. The judge found that the cap also breached the ECHR (Article 14 read with Article 1, Protocol 1) because it was manifestly without reasonable foundation and not objectively justifiable.

Second, Mr Justice Lewis found that the PPF had failed properly to implement the CJEU’s judgment in Hampshire. The PPF attempted to do so by using a one-off calculation designed to ensure that the value of the PPF compensation payable to any pensioner during their expected lifetime would be no less than half of the actuarially assessed value of their original scheme benefits. Mr Justice Lewis accepted the Claimants’ argument that this wrongly left open the possibility that, over time, some pensioners would receive less than half of their scheme benefits, e.g. if they lived for longer than the PPF had estimated. The Judge found that EU law required the PPF to put in place measures to identify and remedy that possibility in any individual case where it might arise.

In addition, the Judge found in the Claimants’ favour that: (1) the PPF had failed to ensure that the compensation payable to a survivor of a pensioner would in aggregate amount to at least half of the scheme benefits payable to the survivor; and (2) that the private trustees of schemes in PPF “assessment” are also required to pay the amounts that the PPF would be required to pay in accordance with directly effective EU law.

The judgment represents a victory for pensioners who have campaigned against the compensation cap in the Pensions Act for well over a decade. It means that thousands of former employees of insolvent companies who had seen their pensions slashed by up to 70% or 80% will now receive up to 90% of their pension, including arrears, as well as a guarantee that they will receive no less than half of the value of their original pension benefits throughout their lifetime.

Gerry Facenna QC and James Bourke, instructed by Ivan Walker of Walkers Solicitors, are acting for the Turner & Newall and Heath Lambert Claimants.

The case has been widely covered in the media, including The Financial Times, The Telegraph, Financial Reporter, FT Adviser, Pensions Age.