VAT at the opera: deductibility of the theatrical production costs 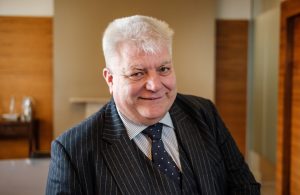 In HMRC v Royal Opera House Covent Garden Foundation [2020] UKUT 132 (TCC), the Upper Tribunal (Morgan J and Judge Timothy Herrington) held that VAT paid on theatre production costs was not recoverable on the basis of an economic link to taxable catering supplies, overruling a decision in the Opera House’s favour at first instance. The ruling will be significant not just for the wider theatre industry, but more generally as regards the relevance of ‘commercial reality’ arguments to questions of input tax deduction.

Theatre tickets fall within the ‘cultural exemption’ in Schedule 9 of the VAT Act 1994, but many theatres also make taxable supplies of refreshment and merchandise. This raises the question of whether from a VAT perspective production costs fall to be attributed solely to the exempt sales of tickets or to a wider range of taxable supplies too. Hitherto HMRC has not permitted any such deductions (with the exception being for taxable supplies of programmes) on the basis of the Court of Appeal decision’s in Mayflower Theatre Trust Ltd [2007] STC 880, but the Opera House argued that since then the law has developed at both European and domestic level in favour of a more ‘economically realistic’ approach to deductibility. The commercial reality of the situation here was that productions were the ‘hook’, permitting taxable supplies of refreshments in the theatre’s many bars and restaurants, which were all part of a ‘fully integrated’ operatic experience – as such the ‘direct and immediate’ link test for attribution was satisfied.

The First-Tier Tribunal had agreed on this point, and also rejected a subsidiary argument by HMRC that the ‘chain-breaking’ rule (deduction via an exempt transaction) applied. On appeal, however, the Upper Tribunal reversed that decision on the first point and agreed with HMRC that the judge had erred in holding that a commercial link was more than a simple ‘but for’ connection here. Instead the ‘economic approach’ should be confined to overheads cases, and the more traditional ‘cost-component’ remained applicable to specific attribution cases accordingly. On this view, then, the Opera House’s production costs were not a cost component of (for example) taxable supplies of champagne; instead, the productions merely provided the commercial opportunity for such taxable supplies to be made, which was only an indirect link.

The full decision is available here, a detailed case note by Alfred Artley is here and the article published in Tax Journal.