Tim Ward QC and Andrew Macnab, representing the United Kingdom and HMRC at the CJEU, successfully resist a challenge to scope of VAT exemption for “insurance transactions” 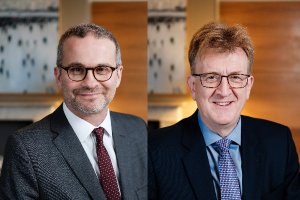 The Court of Justice of the European Union has ruled in favour of HMRC in a reference from the Court of Appeal concerning whether pension fund management services supplied to the trustees of a defined benefit occupational pension fund are “insurance transactions” within the meaning of the insurance exemption in Article 135(1)(a) of the VAT Directive (2006/112/EC).

The Appellant (“UB”) is the trustee of a defined benefits pension fund. It claimed restitution of sums paid by way of VAT on supplies of pension fund management services provided by undertakings that were not authorised insurance companies (“Non-Insurers”). Supplies of such services by Non-Insurers have always been treated as standard rated under UK law. The two main issues were (1) whether the supplies by Non-Insurers were to be treated as exempt supplies of “insurance”, because (allegedly similar) supplies of pension fund management services by authorised insurance companies (“Insurers”) had were treated as exempt; and (2) if Non-Insurers’ supplies should have been exempt, whether EU law required UB to be given a direct claim against HMRC to recover sums they had overpaid by way of VAT to the Non-Insurers (notwithstanding the Supreme Court’s recent decision in Investment Trust Companies (In Liquidation) v RCC [2017] UKSC 29; [2017] 2 WLR 1200; [2017] STC 985, “ITC SC”).

At first instance, Warren J decided both issues in favour of HMRC and dismissed UB’s claim. On Issue (1), Warren J held that the services were not “insurance transactions” within the meaning of Article 135(1)(a) and were thus properly standard rated. Further, the principle of fiscal neutrality did not require them to be treated as if they were “insurance transactions” (and thus exempt) or to be given the same (incorrect) VAT treatment as supplies of pension fund management services by Insurers. On Issue (2), Warren J held that EU law did not require UB to be given direct claim against HMRC: it was not “impossible or excessively difficult” for UB to vindicate any putative EU law rights it had via the route dictated by UK statute, namely a claim against the Non-Insurer. See United Biscuits (Pension Trustees) Ltd & Anor v Revenue And Customs [2017] EWHC 2895 (Ch) (30 November 2017).

On UB’s appeal, the Court of Appeal (Patten, Henderson and Rose LJJ) referred a question to the CJEU on Issue (1). In answer, the CJEU has ruled that “investment fund management services supplied for an occupational pension scheme, which do not provide any indemnity from risk, cannot be classified as ‘insurance transactions’, within the meaning of [Article 135(1)(a), and thus do not fall within the value added tax (VAT) exemption laid down in that provision in favour of such transactions”. The CJEU confirmed that, as generally understood and according to settled case-law, the essentials of “insurance transactions” referred to in Article 135(1)(a) are that the insurer undertakes, in return for prior payment of a premium, to provide the insured, in the event of materialisation of the risk covered, with the service agreed when the contract was concluded. Since the services supplied to UB did not have those essential features, they were not “insurance transactions”. The CJEU also rejected UB’s arguments, based on statements in the judgments in CPP (C‑349/96, EU:C:1999:93) and Skandia (C‑240/99, EU:C:2001:140), to the effect that the meaning of “insurance transactions” in the VAT Directive was dictated by the EU Directives concerning the regulation of insurance companies; and also held that pension fund management was not “insurance” within the meaning of the insurance directives, but was instead an “operation” relating to insurance.