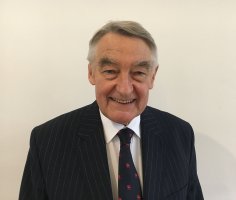 Sir Christopher Bellamy QC has returned to his former chambers, Monckton Chambers and will be focusing on arbitration and mediation, with a particular emphasis on competition and regulatory matters.

Sir Christopher joins Monckton from leading international law firm Linklaters where he has been since 2007; from 2011 he was Chairman of the firm’s global competition practice. Before Linklaters, he was instrumental in setting up the Competition Appeal Tribunal (CAT) and held the post of its first President from 1999 to 2007. Prior to joining the CAT, from 1992 to 1999 he was one of 15 judges of the Court of First Instance (CFI), now the General Court of the EU, and President of a five-judge chamber from 1996 to 1999.

Sir Christopher is considered to be one of the most influential competition lawyers in Europe.   He is co-author of the earlier editions of Bellamy & Child, European Union Law of Competition, now in its eighth edition.

“The joint Heads and all members of Monckton Chambers are delighted to welcome former CAT President and Judge Sir Christopher Bellamy QC back to Monckton Chambers.  As a doyen of the competition law field, Monckton’s clients will benefit from his years of experience at the Bar, Bench and at one of the world’s most respected law firms.

“Following the recent re-recruitment of former CJEU Judge Christopher Vajda QC and FCA Independent Reviewer John Swift QC, Monckton has added considerable weight to its arbitration offering, which we expect to go from strength to strength.”