School closure: the impact on children and parents unfolds 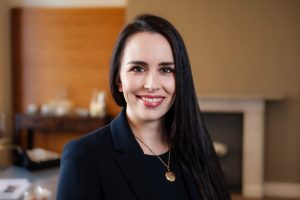 Where are we now?

Schools in England, along with childcare and other education providers, have been closed “until further notice” since 20 March 2020, for all but vulnerable children and the children of critical workers. With several European countries beginning to re-open schools (Denmark from 17 April, Germany from 4 May and France from 11 May), it remains to be seen when and in what way the closure of our schools will be brought to an end. At the time of writing, the Department for Education (DfE) maintains that no date has been set for schools in England to re-open, but there is speculation around an announcement on 10 May. Geoff Barton, General Secretary of the Association of School and College Leaders (ASCL), has conjectured that the earliest “realistic” point at which schools in England could start re-opening would be from 1 June. A poll for the Observer on 2 May 2020 suggested that fewer than 1 in 5 of the British public believe the time is right to consider re-opening schools. However, in the meantime, the impacts of school closure – including its myriad legal implications – continue to accumulate.

What is the impact of continued closure on children and parents?

What should we expect?

When schools re-open it is going to be necessary to maintain social distancing, which will require advance planning, making a short-notice announcement of schools re-opening unlikely. It may be safest to do as other European countries re-opening schools have done and reintroduce certain year groups first. It was previously thought by some, including the ASCL, that it was most likely that England may opt for the German model, under which those preparing for upcoming exams or for secondary transfer return first. However, the Prime Minister indicated on 3 May that primary schools may be prioritised, which would mirror Denmark’s approach. Amanda Spielman, head of Ofsted, supports such a method. Any decision by Boris Johnson or Gavin Williamson would only apply directly to schools in England, since education policy is devolved to national administrations.

In the meantime, whilst the Government has thus far not responded to calls to make it compulsory for vulnerable children to attend school, it would be beneficial to have clearer Governmental messages around the availability of school places for them, which stress that those places are to help pupils and parents rather than to be a burden. Unless the most vulnerable soon return to school, the ramifications set out above will continue to cause problems, and families may turn to the courts for the remedy.

Imogen Proud is a barrister at Monckton Chambers who practices in Education Law. Before coming to the Bar, she was a state school teacher in Hackney and Islington.