Ronit Kreisberger QC in opt-out collective action for 19.6 million eligible UK iPhone and iPad users as Apple faces damages of up to £1.5 billion. 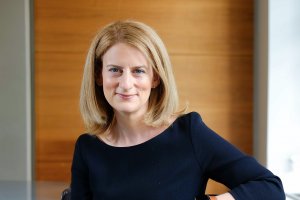 Ronit Kreisberger is joint lead counsel for the legal team representing Dr Rachael Kent, an expert in the digital economy and lecturer at King’s College, University of London, in this representative opt-out collective action against Apple.

A claim in the Competition Appeal Tribunal on behalf of around 19.6 million eligible UK iPhone and iPad users, alleges that Apple’s conduct violates section 18 of the UK Competition Act 1998 and Article 102 of the Treaty on the Functioning of the European Union.

Ronit, who has been instructed by Hausfeld, says she is “delighted to be involved in this significant case, at a time when opt out collective actions – especially those seeking compensation for consumers – are dominating the competition litigation landscape in the UK, in the wake of the Supreme Court’s judgment in Merricks.”

The case is being reported widely in the media:
BBC News
Bloomberg
City A.M.
The Times
Yahoo!