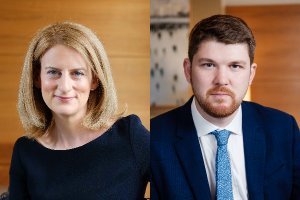 Ronit Kreisberger and Michael Armitage, instructed by Hausfeld, are acting for Liz Coll, the proposed class representative in a proposed opt-out representative action against Google. A claim has been filed today in the Competition Appeal Tribunal against Google on behalf of an estimated 19.5 million eligible UK users of smartphones and tablets running on Google’s Android operating system. Estimated damages run up to £920 million.

The claim alleges that Google unfairly restricts consumers from accessing potential competition from other app distributors, by requiring smartphone manufacturers to pre-install a bundle of Google’s proprietary apps and services including the Google Play Store as well as allegedly imposing other contractual and technical restrictions. The vast majority of Android smartphone and tablet users in the UK are thought to depend upon the Google Play Store for their access to apps.

The overwhelming majority of customers are alleged in the Claim to be steered to the Google Play Store, and therefore to Google’s own payment processing system, which then typically charges a 30% commission on every digital purchase which allegedly goes straight to Google.

Ms Coll’s case is that this practice is anti-competitive and unlawful, and that Google would be unable to charge customers such excessive and unfair commission if the Play Store were genuinely open to competition, and alleges this conduct violates section 18 of the UK Competition Act 1998 and Article 102 of the Treaty on the Functioning of the European Union.

Ronit comments “this proposed claim is another important addition to the CAT’s burgeoning CPO case load; and further proof that the class action regime in the CAT is seen as a robust and effective means of seeking collective redress for UK consumers.”

The claim has been reported in the news, including: BBC News; Bloomberg; City AM; The i; The Sun; The Telegraph (subscription only).