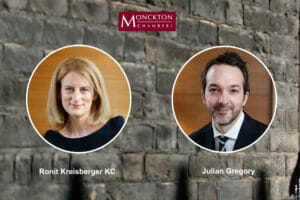 Different users may be shown different ads when viewing the same webpage, and the sale of display ads typically takes place through online auctions run in the fraction of a second between when a user clicks to open a webpage and the webpage content opens.  Advertisers bid in the light of what is known about the relevant user, such as their purchase or browsing history.

The technology used to manage this process is known as ‘ad tech’.  The claim alleges that Google has abused its dominant position in ad tech markets, by engaging in unlawful self-preferencing.  Specifically, the claim alleges that Google’s publisher ad server, which manages the sale process on behalf of publishers, treated its own ad exchange, which runs the auctions, more favourably than rival ad exchanges, and vice versa.

The claims seek damages of up to £13.2bn to compensate a class of claimants estimated to be as large as 130,000.

They are instructed by litigation specialists Humphries Kerstetter. Also instructed are Geradin Partners, a specialist competition law practice, and Charles River Associates, both of which have extensive experience in ad tech markets from their involvement in the UK and French investigations. The claim is funded by Harbour.

Press releases from Humphries Kerstetter and Geradin Partners are available here and here.