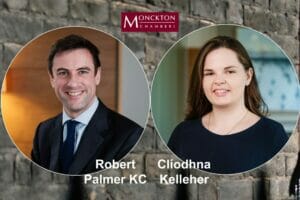 The High Court has today handed down judgment in R (Independent Monitoring Authority for the Citizens’ Rights Agreements) v Secretary of State for the Home Department, a challenge to the arrangements made by the UK in implementing its obligations under the UK-EU Withdrawal Agreement, the UK-EEA EFTA Separation Agreement.

The IMA is the post-Brexit citizens’ rights watchdog, established in accordance with the Agreements to monitor and protect the rights of EU citizens and EEA EFTA nationals and their family members in the UK. This is the first case brought by the IMA as a claimant in its own right.

Under the Home Office’s EU Settlement Scheme (the EUSS), EU citizens and other qualified applicants who had been granted “pre-settled status” (i.e., limited leave to remain) are required to make a second application to “upgrade” their pre-settled status to “settled status” (i.e., a right of permanent residence in the UK), failing which they will be considered unlawful overstayers, liable to detention and removal and losing the right to live, work, rent and receive social security support in the UK.

Granting the IMA’s claim for judicial review, the High Court determined that these arrangements are unlawful:

Mr Justice Lane determined that these matters are acte clair and did not require a reference to the CJEU.

The IMA’s application for judicial review was supported by interventions from the European Commission and from the3million.

The IMA has previously published its Statement of Facts and Grounds and skeleton argument for hearing.

Robert Palmer KC and Clíodhna Kelleher were instructed by the IMA.

The case has been reported in the press: