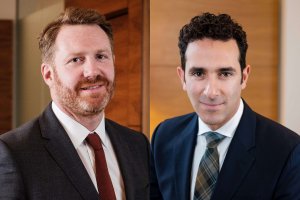 The Competition Appeal Tribunal has upheld the CMA’s decision to block the merger between Ecolab Inc. and The Holchem Group Ltd, rejecting in its entirety a judicial review challenge to that decision brought by Ecolab: Ecolab Inc. v Competition and Markets Authority [2020] CAT 12.

Ecolab and Holchem both supply formulated cleaning chemicals and ancillary services to professional food and beverage customers in the UK. These goods and services are used by such customers to clean manufacturing and processing equipment and premises. In November 2018, Ecolab (a large US corporation) acquired Holchem (a UK company), thus combining two of the four largest suppliers in the market and triggering an investigation by the CMA under the Enterprise Act 2002.

In a final report issued in October 2019, the CMA found that the merger had resulted or may be expected to result in a substantial lessening of competition (SLC) in the relevant market. In particular, it found that the parties exerted a strong competitive constraint on each other, and that the elimination of such competition as a result of the merger would have an adverse impact both on their existing customers and new customers. The CMA decided that the appropriate remedy was for Ecolab to sell Holchem Laboratories (a subsidiary of Holchem) to a suitable purchaser. In reaching that decision, it rejected an alternative divestiture proposal (ADP) submitted by the parties, whereby a portfolio of one of the parties’ customers would be divested to another existing supplier, concluding that the ADP had “serious shortcomings” and would not effectively remedy the merger’s adverse impact on competition.

Ecolab challenged the CMA’s decision by way of judicial review before the Competition Appeal Tribunal. It advanced four grounds, arguing that the SLC decision was irrational and unsupported by evidence (Ground 1), and that the decision to reject the ADP was irrational, procedurally flawed, and based on an error of law (Grounds 2 to 4).

In a judgment issued on 21 April 2020, the Tribunal unanimously dismissed all four of Ecolab’s grounds. It held in summary that:

The CMA was represented by Rob Williams QC and Ben Lask, both of whom are standing counsel to the CMA. A copy of the judgment is here.