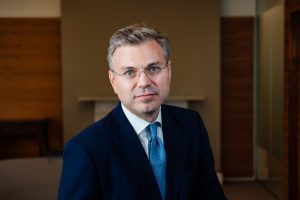 This case is a reference to the Court of Justice by the Austrian Supreme Administrative Court. It is about the application of the principles of free movement of services in a context where a religious society, established in an EU Member State, recognises as a denominational school a private institute in another Member State where it requests public funding. The dispute is about Austrian legislation which makes the subsidisation of denominational private schools subject to the recognition of the latter as a church or religious society under domestic law.

In his Opinion, delivered on 7 July 2022, Advocate General Emiliou referred to the analysis by Panos Koutrakos entitled  ‘Healthcare as an economic service under EC law’ which was published as a chapter in Dougan, M. and  Spaventa, E. (eds), Social Welfare and EU Law (Hart Publishing, Oxford, 2005) pp. 105-130.

Professor Koutrakos has written and advised on EU law, including free movement of goods, services, and persons, as well as various aspects of the relationship between EU and international law.