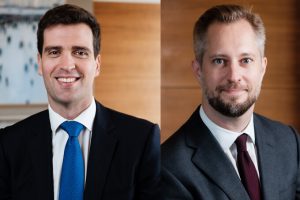 The Competition Appeal Tribunal has found that Network Rail had acted unlawfully in accepting only supplier assurance provided by the Rail Safety Standard Board’s RISQS scheme for the purposes of its Sentinel and On Track Plant Operating Schemes which govern physical access to its infrastructure by providers of infrastructure maintenance and construction services.

In a judgment handed down in July, the Tribunal found that relevant terms in the scheme rules constituted both an anticompetitive agreement and an abuse of Network Rail’s dominant position. As the trial had proceeded as a trial of liability as a preliminary issue, the latter finding was based on an assumption of dominance yet to established at a later hearing.

The Tribunal held that it was only legitimate for Network Rail to impose a requirement of a specific assurance provider in relation to suppliers it contracted with directly, not in relation to the wider supply chain of sub-contractors which equally required access to its infrastructure.

The Tribunal this week ordered that Network Rail cease to impose the offending requirement and put in place as soon as practicable arrangements for the acceptance of supplier assurance provided through alternative schemes, including that provided by Achilles. The Tribunal refused Network Rail’s application for permission to appeal, but suspended the effect of its order pending a renewal of that application to the Court of Appeal.

Proceedings in front of the Tribunal had been expedited following a successful application by Achilles, and the matter had proceeded to a trial of the preliminary issue of liability within 4 months from the application for expedition. A trial of the issue of dominance and of a claim for damages is to follow.

Read a case note about the judgment by Alfred Artley.