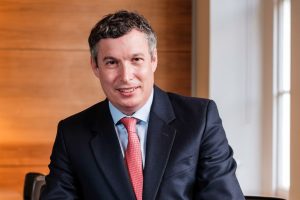 Braceurself Ltd v NHS England [2022] EWHC 2348 (TCC) was a decision on an alternative claim in damages for breach of the procurement regulations (“the Damages Judgment”) in a case where the TCC had earlier decided to lift the automatic suspension on contract-making ([2019] EWHC 3873 (TCC)) and the contract had accordingly been awarded to another party.

In the Damages Judgment the TCC found that Braceurself had however not suffered “sufficiently serious” damage to be entitled to a Francovich award of damages, there having been a single error which had been excusable and inadvertent. This was the first such judgment in which a breach that had led to an award to the wrong bidder was considered insufficiently serious to merit an award of damages.

In a decision following a hearing on 7 December 2022, Alexander Nissen KC, sitting as a Deputy High Court Judge, has granted Braceurself permission to appeal the Damages Judgment to the Court of Appeal on the question of whether the breach was sufficiently serious on Francovich principles so that the claimant was entitled to damages.

Philip Moser KC is acting for the Claimant Braceurself Limited.