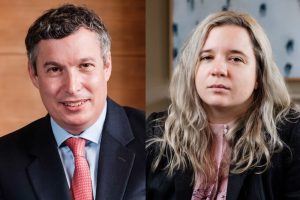 The procurement is a “whole market” procurement, to award market shares to all three existing HCV drug suppliers. The Claimant challenged two aspects of the Procurement, claiming breach of the duty of equal treatment in Regulation 18 (1) of the Public Contracts Regulations:

i) A “dummy price mechanism” (“DPM”) used in the assessment which the Claimant said gave an unfair advantage to bidders unable to supply part of the market as compared to those that could.

ii) An Unmetered Access Model (“UAM”) involving a fixed fee for all the patients a supplier commits to treat, the Claimant claiming as unfair that failure by one bidder to treat all its patients might require others to do so without additional pay.

In an important judgment on the equal treatment principle and the margin of discretion available to the contracting authority Choudhury J dismissed the claim on all points, holding:

i) The DPM did not amount to a breach of equal treatment. That a bidder might fare better than a rival under a particular model did not necessarily mean that model was in breach of equal treatment. The choice of model falls within the wide discretion available to contracting authorities to choose award criteria for their purposes. The evidence clearly demonstrated that the Claimant could still win the largest share, depending on the prices it chose to bid. Alternatively, the DPM would be objectively justified for reasons including the increase of competition, reducing cost and maximising health benefits.

ii) In relation to the UAM, the fixed fee did not breach equal treatment. The advantage the Claimant believed it had by reason of a more popular product was not a difference in competitive position which needed to be catered for in the tender rules. An application of the same rules to all suppliers, irrespective of competitive position, does not amount to unequal treatment. Also, the Claimant’s claimed understanding of how value was to be assessed was not that of the reasonably well-informed and normally diligent tenderer. Alternatively, on the evidence any discriminatory effect would be modest and thus relatively easy to justify and was objectively justified for the reasons relied upon by the Defendant.

Ligia Osepciu of Monckton Chambers was also instructed by the Defendant on the case.

The full (non-confidential part of the) judgment is here.