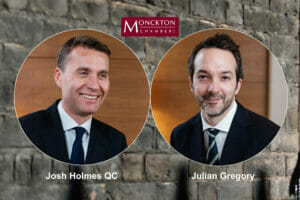 The Competition Appeal Tribunal yesterday handed down judgment on Meta’s wide-ranging challenge to the decision of the Competition and Markets Authority (“CMA”) that its completed acquisition of GIPHY resulted in a substantial lessening of competition (“SLC”) in the UK and that Meta must therefore divest itself of GIPHY.

The Tribunal rejected all of the substantive grounds of Meta’s application for judicial review; and all but one of Meta’s procedural challenges (relating to redactions for confidentiality). The parties have been invited to make submissions on whether the Decision needs to be remitted in case Meta wishes to make any further representations on the redacted material.

The judgment provides important guidance on the application of the CMA’s new merger assessment guidelines, but also contains at least four points of relevance beyond the merger context.

First, the Tribunal held that the CMA had properly directed itself as to the relevant test when assessing the impact of the merger on dynamic competition. In the course of upholding the CMA’s assessment, the Tribunal enumerated, on a non-exhaustive basis, various factors that the CMA should consider whether considering whether there has been a substantive lessening of dynamic competition. On examination, the Tribunal considered that the evidence and thinking set out in the Decision easily passed this framework.

The Tribunal’s framework constitutes important guidance, given that dynamic competition is a relatively new concept introduced in the CMA’s updated (2021) merger assessment guidelines, and will be central to the assessment of many digital mergers. However, the Tribunal’s comments could also be of potential relevance outside of the merger context, to the extent that the concept of dynamic competition is relied on in Competition Act cases or market studies. Relevant factors included the time frame, in respect of which the Tribunal commented that it doubted there could be an impairment of dynamic competition that would not have manifested itself within five years. The Tribunal also commented that, in future merger cases involving dynamic competition, as well as assessing the potential harm of permitting an acquisition, the CMA should carry out a cross-check to assess the potential adverse effects of prohibiting the merger, for example due to a potential chilling effect on innovation (given that the prospect of exit through acquisition can incentivise, as well as disincentivise, innovation by entrepreneurs). It also held that, while it considered the CMA to have jurisdiction, in mergers with an international dimension the CMA should consider whether intervention was consistent with the demands of comity.

Second, the Tribunal held that CMA groups on merger references are entitled to delegate tasks, including the drafting of text for decisions and provisional findings, to CMA staff, so long as the group remains the ultimate decision-maker, on so-called ‘Carltona’ principles which govern the extent to which ministers of state can delegate tasks to their civil servants.

Third, the Tribunal held that the CMA had erred in redacting material that was commercially sensitive to a third party from the Decision and its Provisional Findings, thereby depriving Meta of the ability to make submissions based on that material. In this connection, the Tribunal stated that “the addressees of a decision and any other persons affected by a decision are entitled to understand exactly the basis on which the decision is made, and the decision-maker must stand by and defend the decision it has made, and not some variant that leaves bits out”.

Fourth, under the common law, where a reviewable error of law has been found, the Simplex test provides that the court should refuse a remedy only if the decision would inevitably have been the same if the public law wrong had not occurred. In 2015, the Government, concerned at the number of decisions that were having to be retaken as a result of procedural irregularities, amended s.31(2A) of the Senior Courts Act 1981 to provide that the “High Court must refuse to grant relief on an application for judicial review … if it appears to the court to be highly likely that the outcome for the applicant would not have been substantially different if the conduct complained of had not occurred” (emphasis added).

Where it finds a reviewable error of law in an application for review under s.120(4) of the Enterprise Act 2002, when determining whether to refuse a remedy should the Tribunal apply the common law Simplex test, or the less demanding test under s.31(2A)? The Tribunal held that it should apply the Simplex test, in part on the basis that the s.31(2A) test only applied to the High Court in England and Wales, whereas the Tribunal was a tribunal of the whole of the UK.