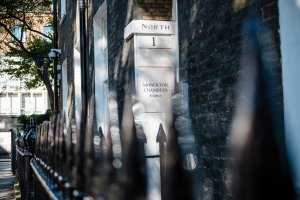 The applications are no longer being accepted, the deadline was 20 September 2021. All successful applicants will be contacted via email by 18th October.

Applications are now open for the mentoring scheme for underrepresented groups at the Bar run by Monckton Chambers with 9 other sets.

The purpose of the scheme is to support and encourage individuals from groups which are underrepresented at the Bar of England and Wales (and in particular the commercial bar) to pursue careers as barristers. Those underrepresented groups include women; people from minority ethnic backgrounds; people with disabilities; LGBT+ people; people who spent time in care; and people from disadvantaged socio-economic backgrounds.

In the scheme’s first year, over 400 applications were received and 150 mentees were matched with mentors. In addition to Monckton, the following Chambers are taking part this year: Blackstone, Brick Court, Essex Court, Fountain Court, Gatehouse, Keating, 7 King’s Bench Walk, One Essex Court and 3 Verulam Buildings.

The scheme will run between October 2021 and May 2022. It is open to all undergraduates and graduates from groups that are underrepresented at the Bar of England and Wales (and in particular the commercial bar) and who do not yet have a pupillage offer.

Successful applicants to join the scheme will be allocated a mentor, who will be a member of one of the participating sets of chambers. As part of the scheme, mentees will be offered:

Joint Heads of Chambers Tim Ward QC and Philip Moser QC comment that “We’re delighted to be part of this great scheme, and to contribute to its growth. It plays an important role in making the profession more accessible for all.”