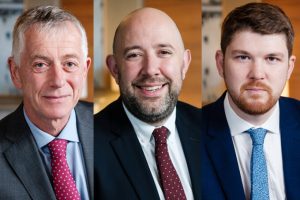 The Supreme Court has today handed down its long-awaited decision in the “benefit cap” appeals. In a lengthy judgment, comprising separate judgments from five of the seven members of the panel that heard the appeals, the Court has dismissed the appeals by a majority of 5:2 (Lady Hale PSC and Lord Kerr JSC dissenting).

The majority accepted that the revised benefit cap falls within the ambit of Article 8 and involved “Thlimmenos” difference of treatment in relation to lone parents with very young children compared with others subjected to the cap, but ultimately held that this differential treatment was justified for the purposes of Article 14 in the sense of not being ‘manifestly without reasonable foundation’. Accordingly, the appeals were dismissed despite express recognition in the main judgment of Lord Wilson that they had been “rightly brought”.

The powerful dissenting judgments express a different view as to the lawfulness of the revised (and harsher) cap. Lady Hale considered that this was a “clear case where the weight of the evidence shows that a fair balance has not been struck between the interests of the community and the interests of the children concerned and their parents” and held that it had been “comprehensively demonstrated by the mass of evidence… that the revised benefit cap is not suitable to achieving any of its declared aims.”

This case has also been covered by The Guardian, BBC and The Independent.