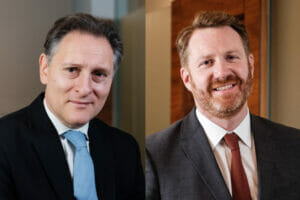 In a significant new judgment on limitation in competition damages claims, Bacon J has held that a claimant can in principle plead a claim following the announcement of the Statement of Objections (SO), if the content of the announcement combined with the other material available to the claimant allows it to identify the essential elements of the cartel.

By a claim brought in July 2019, Gemalto sought damages from Infineon and Renesas based on their participation in an infringement of competition law in relation to smart card chips. The infringement was the subject of an infringement decision by the European Commission which was announced in September 2014. Prior to the Decision Gemalto had received two information requests from the Commission in 2012, which sought factual information in relation to their smart card chip supplies during the period 2003-2006. Gemalto did not however see any of the evidence under consideration by the Commission when it received the RFIs nor did it have sight of the SO itself which was announced in April 2013.

Gemalto’s position was that it could not plead a claim alleging a cartel until the Decision was announced and that the press release accompanying the SO made clear that the Commission did not at that stage prejudge whether any infringement had occurred.

“If the Commission decides that the evidence in its possession is sufficient to form a preliminary view that an infringement has occurred, it is very difficult to see why a claimant cannot rely upon that decision as giving rise to a prima facie case that can be pleaded in a claim in domestic proceedings – subject of course to the question of whether the Commission’s press release and any other available information contains enough material for the cartel to be pleaded with sufficient particularity….”

In the present case, the press release said that parties were under investigation in relation to coordination to keep prices up which Bacon J held was a sufficient description of the cartel behaviour. The identities of the undertakings which had received the SO became known through press articles.

Bacon J accordingly held that Gemalto could have pleaded a claim before July 2013 and hence the claim was time barred. She has granted Gemalto permission to appeal.

The Judgment can be found here.