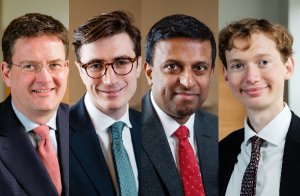 Nugee J today handed down judgment in the case of LA Micro Group (UK) Ltd v LA Micro Group [2020] EWHC 1405 (Ch), Inc, dismissing the defendant’s jurisdiction challenge but directing that the claim should now proceed as a standard Part 7 matter. The decision followed a two-day Skype hearing in early April, one of the first such remote hearings to take place in the Chancery Division.

The case involved a complex multi-party shareholder action, with three former business partners in dispute over the beneficial ownership of an English IT company (LA Micro (UK) Ltd). The company had already been the subject of an earlier High Court action (Frenkel v Lyampert & Ors [2017] EWHC 2223 (Ch)), and there were three related sets of proceedings in the US dating back to 2010.

The claim was originally issued as a Part 8 action, with the claimants seeking various declarations purportedly to clarify the English judgment from 2017 and prevent the defendants relitigating similar points in the US. The defendants contested jurisdiction, arguing (inter alia) that outstanding questions about the company’s ownership would be best decided in the course of the ongoing Californian litigation rather than by launching a separate set of proceedings here. They also disagreed that the claim was a proper one for the Part 8 procedure, arguing that the declarations sought did not follow inexorably from findings of fact in the 2017 judgment as alleged.

The judge started by considering the 2017 judgment in detail and agreed that the matters presently in issue were not res judicata. However, based on the further evidence filed with the Part 8 claim, the claimants still had an arguable case on ownership, and the claim could still pass the summary judgment test accordingly. On the question of forum, he accepted that additional English proceedings would lead to fragmentation of the dispute, to some extent increasing costs and inconvenience for the parties. However, it was not clear that the Californian proceedings were the precise ‘mirror-image’ of the English claim, and in any event this factor was outweighed by the English nature of the dispute.

On the procedural question of whether Part 8 was appropriate, the judge agreed that the claimants had been wrong to claim that the relief they sought flowed from the court’s previous findings of fact. As such, the claim should now proceed by way of Part 7 instead, and be pleaded accordingly.

The ruling thus offers helpful guidance on the factors the court may find persuasive when considering questions of forum, especially where foreign courts are already seised of the same or similar issues. Conversely, it also shows the risks of trying to secure relief via Part 8 when the factual basis of the claim is not wholly uncontroversial.