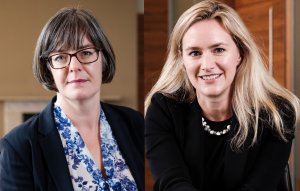 Visa’s application for a preliminary reference to the CJEU on the question of the relevant counterfactual for assessing the anti-competitive effects of its default multilateral interchange fee (MIF) has been dismissed by the Competition Appeal Tribunal (CAT).

The first wave of MIF claims culminated in the Supreme Court handing down judgment in Sainsburys v Mastercard and others in June of this year following a hearing in January. Shortly before the Supreme Court handed down judgment, the CJEU gave judgment in the case of Budapest Bank on a reference from the Hungarian court on various issues arising from an agreement (the MIF Agreement) which had been entered into by Visa, Mastercard and 22 Hungarian banks to fix a common MIF to be paid by issuing banks to acquiring banks in Hungary. One of the issues before the CJEU in Budapest Bank was whether the MIF Agreement could be held to be an agreement which had the object of restricting competition. In assessing this argument, the CJEU considered the relevant factors to be taken into account in determining whether an agreement could be said to be of its very nature harmful to competition (so as to have the object of restricting competition) including indications that the MIF Agreement might in fact have had the effect of preventing the level of MIFs charged from increasing. The CJEU held that this was one of a range of relevant factors that the national court should take into account in considering the potential anti-competitive object of an agreement. Visa and Mastercard were given permission to make submissions on the relevance of the CJEU’s judgment in Budapest Bank to its appeal before the Supreme Court, and they did so.

Visa’s application for a reference was made in second-wave proceedings brought, among others, by Dune Group, Coral Racing, Odeon Cinemas, Nando’s Chickenland, JD Wetherspoon and Co-operative Group Food (the Dune Claimants). Those proceedings were transferred to the CAT in May this year.

Visa applied to the CAT for a preliminary reference to the CJEU to answer the question of whether, in order to assess whether its scheme rules imposing default MIFs have the effect of restricting competition in breach of Art 101(1) TFEU, in a situation where Visa and MasterCard operate independently setting the level of MIFs, each card scheme’s MIF should be judged against a counterfactual in which the other scheme is restrained to set zero MIFs, or against a counterfactual in which the other scheme remains free to compete by setting its own MIF independently, at higher positive rates.

The CAT dismissed Visa’s application at the end of a remote hearing on Tuesday 1 December. It indicated that it would give reasons for its judgment in due course.

The Dune Claimants were represented by Kassie Smith QC and Fiona Banks, instructed by Humphries Kerstetter.